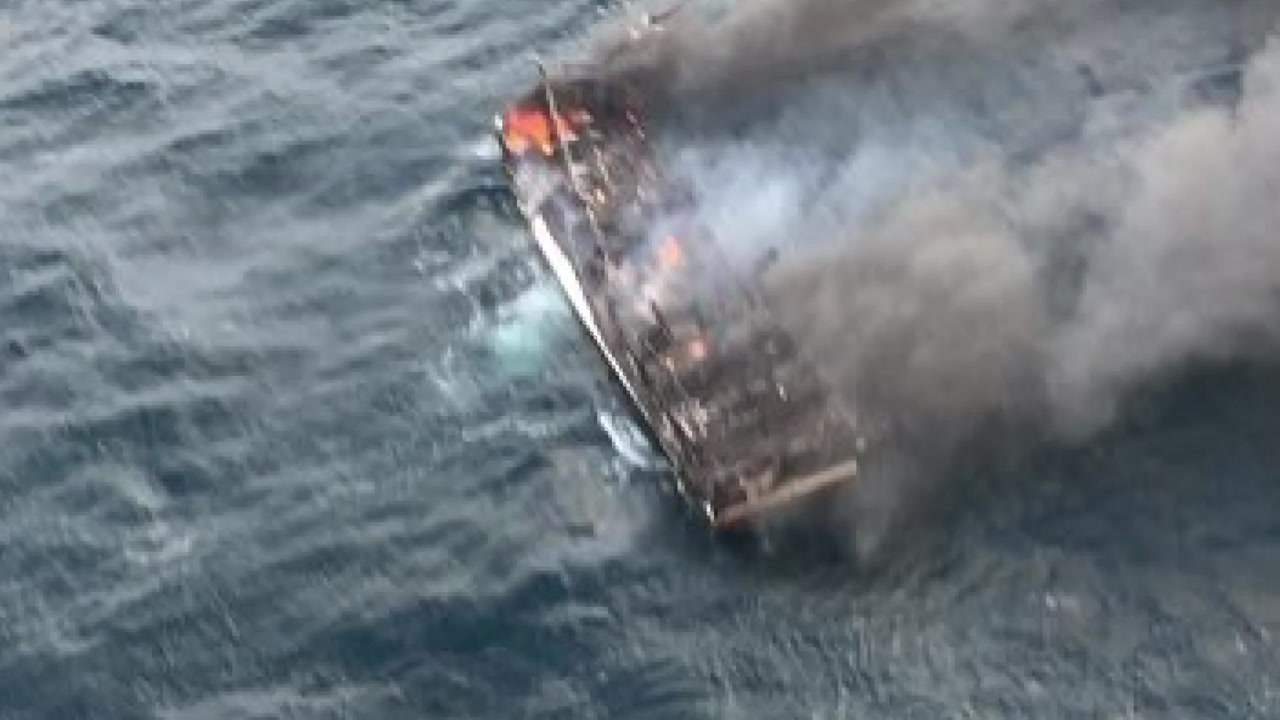 A fishing boat catches a burning short sword in the western sea of ​​Jeju, where a sailor is killed and 11 are lost.

Giant smoke came out of the sea, leaving only the tail.

Lifeboats come with white foam, but there is no way to get your hands on the boat.

The boat was burned at around 9:40 am, and only the boat's tail flew.

There are 12 crew members on the ship.

There are six Koreans and six Vietnamese workers.

Found without wearing a life jacket, Kim was taken to hospital by helicopter but died.

Maritime police see the golden age of surviving missing people 24 hours and searching around the hull and ship, but did not find other missing people.

Jeju Sea, which had an accident, has waves as high as 3m and winds are hard to find.

The marine police plan to conduct an intensive marine search around fishing vessels and, if the sea weather improves, use unmanned submarines to search in the hull again.