[전국]Crane fell again at Daecheon Port and one person died 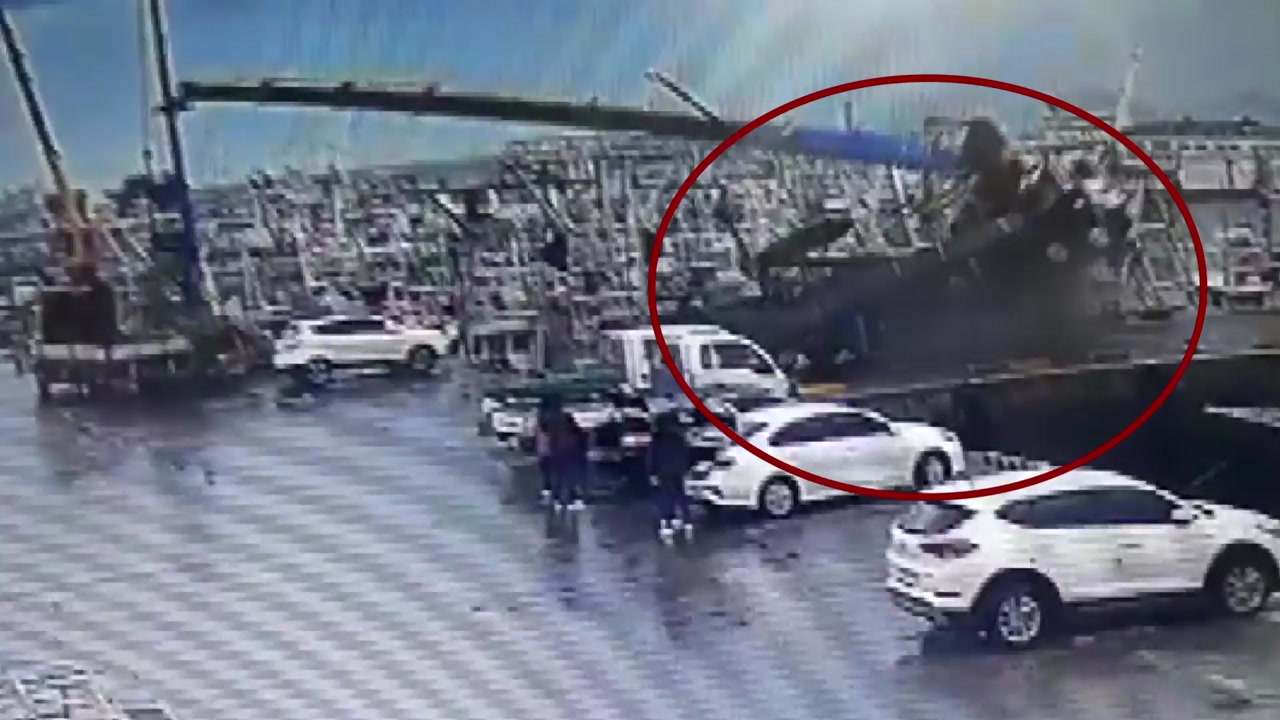 A similar accident occurred again at Daecheon Port, Chungnam, where two victims were reported in a crane accident more than a month ago.

This time, one person was killed when the tow truck fell, and action was needed to prevent it from repeating.

When the crane brings gear to the van, the car is twisted and lifted up and hit.

At around 9 am, a 25-ton vehicle crane fell at Boryeong Daecheon Port.

The accident killed a male sailor in his 50s next to a truck.

The cranes that fell were very heavy and the rain fell very heavily at the location so it took a long time to resolve the incident.

The fishermen insisted that the loading and unloading site of the crane was narrowed by long-distance cars parked indiscriminately at the dock.

More than a month ago, a similar crane accident occurred while moving equipment from Daecheon Port.

At this time, the crane anchored at the pier collapsed, killing two fishing boats.

Around 10 a.m., the hospital wall that was being built in Bucheon, Gyeonggi-do, collapsed.

Two people, including workers in their fifties who worked in the accident, fell from the building and died.

White smoke came out of the building, and sparks ignited.

A fire broke out in a new apartment building in Hwaseong, Gyeonggi-do.

Firefighters are investigating a fire on a board on the first floor of the mall.