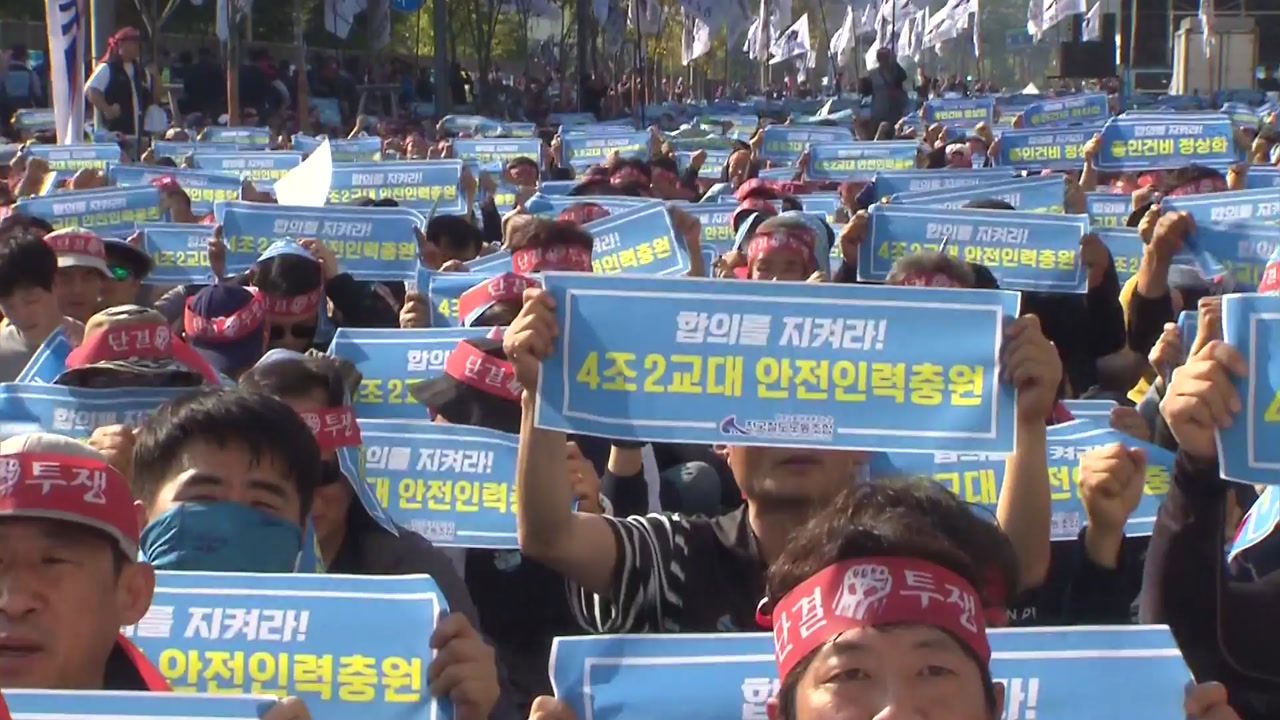 Introducing 4 guild union and 2 railroad shifts
In the case of a strike by the railroad union, 69% of the KTX and 82% of the metro trains are operating
Ministry of Land, Infrastructure and Transportation "Road strike for 4 weeks … KTX service 57%"

An unlimited full strike occurred a day when KORAIL's workforce and management could hardly find a contact point for hiring and wage increases.

The railroad union has entered the 'Compliance Struggle' since the last 15!

Passengers are uncomfortable during the weekend because train departures are delayed by one or two hours.

An unlimited general strike is imminent as negotiations fail to find a breakthrough.

If you start a strike, it's been three years after a 74 day long strike between September and December 2016.

The most urgent engineers maintain 64% of normal levels with mandatory maintenance and military support.

Through this, KTX will operate at 69% of the normal level and 82% of the metro metro.

When the number of trains decreases, public transportation assistance is provided by the bus industry and local government.

If the strike goes beyond a month, the government will reduce the KTX rate to 50%, taking into account the replacement fatigue.

There are many problems related to the implementation of the budget for public institutions that need to be determined by the Ministry of Land, Infrastructure and Domestic Affairs.