Lecce, a fireworks factory exploded: 19 owner's son died, a man who was injured 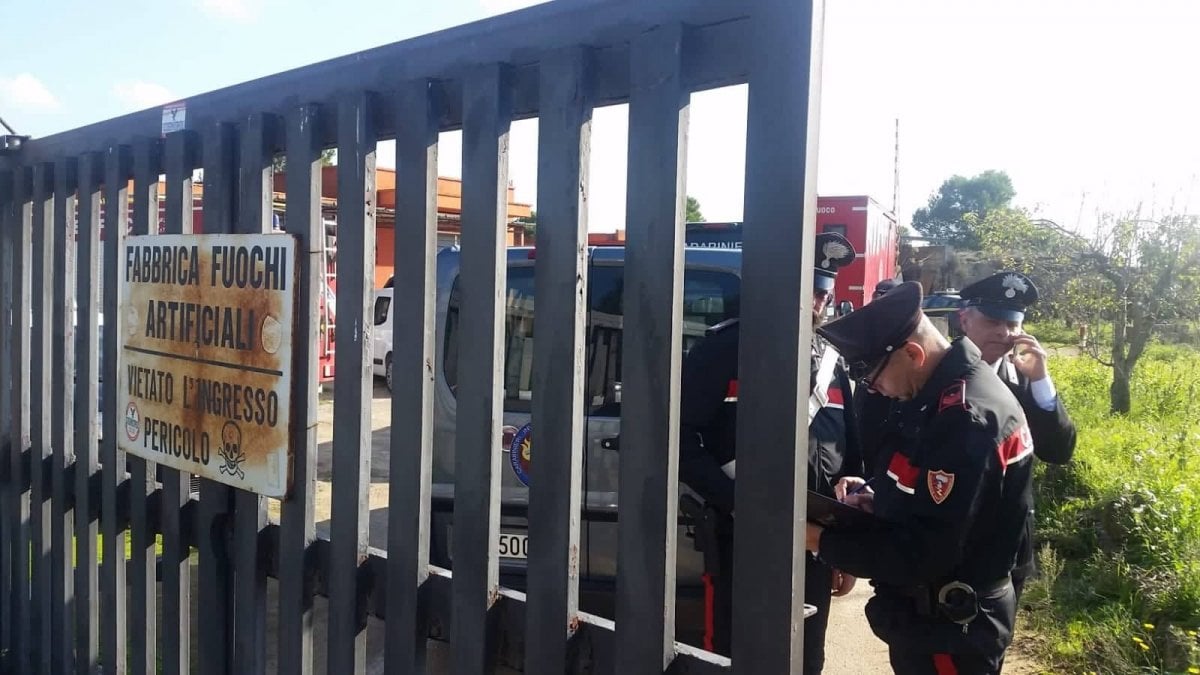 LECCE – First roar, then flame. Explosion at Pyrotechnic fireworks factory brother Cosma from Arnesano, in the province of Lecce. The budget was tragic: a 19-year-old boy died and a worker was seriously injured. The last, 41, was treated at Perrino Hospital in Brindisi, in Rianimazione. He reported second- and third-degree burns for 80 percent of the body.

In the accident he lost the life of Gabriele Cosma, 19, the son of the company owner, while 41-year-old Carmiano worker was transported in red to the Perrino hospital in Brindisi at the Burns Center.

The explosion occurred around 8.30. According to the first elements collected, at the time of the explosion there were only 19 years and the greatest colleagues. Freezing also causes a partial collapse of the roof structure. The factory is located on the outskirts of the village, near the city cemetery.

The explosion was so strong that it was also heard in the city of Lecce, which is about 7 kilometers away. In that place there were three fire brigades from the provincial command and the carabinieri. This issue investigates the core investigation of Carabinieri from Lecce. Special staff also interfered.

All factory external areas were confiscated. The judge on duty, together with the core investigation of carabinieri and blasters, is verifying the whereabouts of other people involved in the explosion that occurred outside the factory.