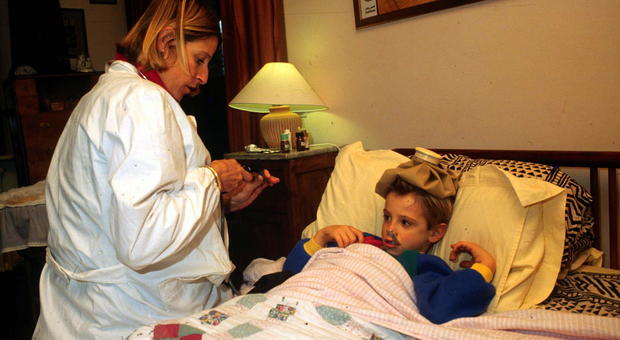 Guidelines for recognizing various types of cough, from acute to chronic, with any diseases associated with it, drugs, and the most useful practices for treating them. This is one that was developed by experts from the Bambino Pediatric Hospital and contained in a new edition of digital magazine A Scuola in Salute & 39, which was made by the Bambino Gesù Institute for Child and Adolescent Health and directed by prof. Alberto Ugazio.

Cough is not a disease, but a protective reflex that functions to clean the airways from secretions or materials that are inadvertently inhaled. Recurrence involves anxiety, sleep disorders, fatigue and poor concentration during the day. Can be acute or chronic. The first is cured within three weeks and is caused by continuous exposure to microbes, especially in children between 2 and 4 years. Acute cough episodes are mostly related to the onset of diseases such as laryngitis and whooping cough. Chronic cough, on the other hand, lasts more than eight weeks and the main cause may be bronchial asthma or somatic cough. Cough therapy varies depending on the cause of the trigger.

DISEASES THAT HAVE SYMPTOMS TUSCAN
Pertussis is a contagious bacterial disease, manifested by a series of close cough strokes until it leaves shortness of breath. In infants, the characteristic signs are apnea and cyanosis. "There is no special therapy other than antibiotic therapy – explain the doctors of the Son of Jesus – that if it starts early it will be more likely to shorten the symptoms of the disease".
With vaccinations contained in extraordinary clinical manifestations are lighter. Laryngitis is a respiratory disease that is common in winter, caused by a viral infection and one of the typical symptoms of this disease is a cough that looks like a seal or barking dog. The first thing to do is to convince the child and prefer a sitting position to improve ventilation. In the case of a partial response to therapy or if the laryngitis is associated with difficulty breathing, a medical examination must be performed. The first drug chosen is steroids, on a prescription, given orally or breathing.

Bronchial asthma has clinical expressions varying from coughing or hissing to respiratory problems, to the most severe manifestations: bronchospasm. This is a mechanism of contraction of the bronchial wall which may also require treatment in the emergency room or, in severe cases, in the specialist center that will provide a personalized treatment plan with the most appropriate medication and dose. When a chronic cough is caused by bronchial asthma, the Jesus Child experts recommend aerosol therapy, if necessary along with other oral medicines. Somatic cough, or psychogenic cough, is the second cause of chronic cough after bronchial asthma, has no organic origin and occurs in children from the age of 6 years.
Among its characteristics we find a long duration, character & sharp 39, as if it is tic, or barking, with a distinctive sound that often resembles a horn. In most cases, the symptoms are alleviated by convincing the child. Especially in difficult cases, help with a child psychologist or psychiatrist may be needed.

WHEN TO BE WORRY

In general, if a cough episode does not interfere with the child's daily life and disappears after 3 or 4 days, the cough will be considered truly benign and there is no need to use a pediatrician. Conversely, the visit will be appropriate in cases of persistent coughing and for several days, thus inhibiting normal daily activities, or in cases of fever (especially if higher than 39 ° C). There are also other types of cough: which appear suddenly and energetically. In this case it can breathe foreign objects and the child will not be touched, but is encouraged to cough even stronger to support the reflex body reflex. The emergency health system must be notified immediately through number 112.

The type of drug used depends on the disease associated with coughing. "On the market – say experts in the Son of Jesus – there are various kinds of tools and drugs to treat or prevent coughs, but very few useful and effective interventions. Antibiotics, for example, are only useful if the doctor suspects a bacterial infection. Cough reflexes, in fact, produced by the flow of mucus from the nose to the throat, caused by cold. Removing mucus through nasal washing – experts concluded – because it was the most effective method ".