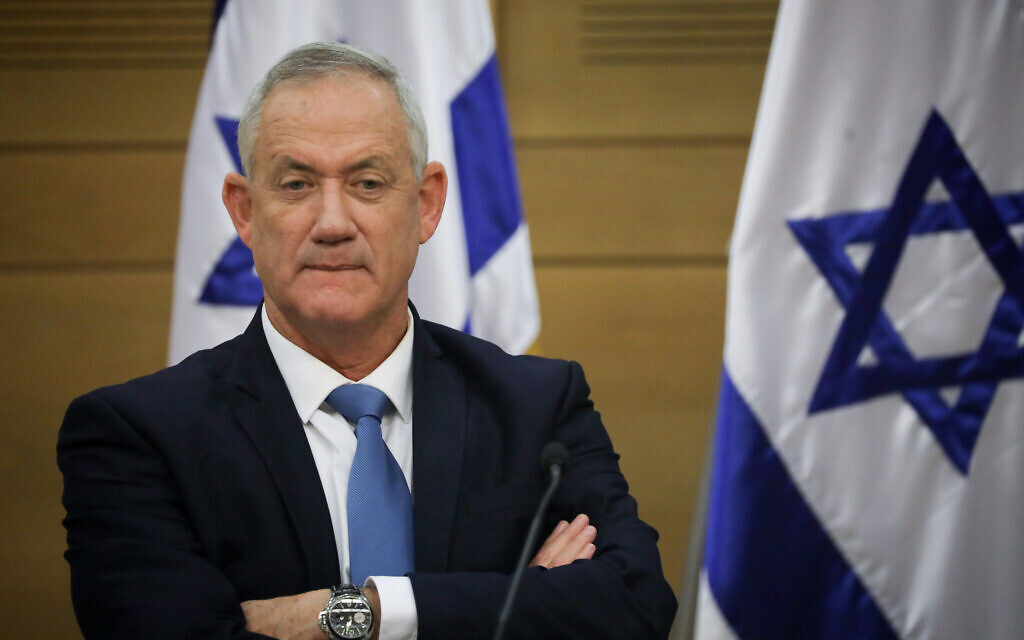 Blue and White chairman Benny Gantz said Monday that no progress toward unity government had been achieved during his first meeting with Likud leader Benjamin Netanyahu since being tapped with forming a coalition, but the centrist alliance chairman said he would continue his efforts to avoid a third election.

Gantz called the Sunday sit-down with Netanyahu "businesslike" but lamented, "unfortunately no tangible progress was made."

"The ruling party does not want to hold a practical discussion about policy guidelines," the Blue and White chairman said in a statement to reporters ahead of a faction meeting at the Knesset.


"We will continue to talk to everyone and listen to the small parties, and we will not let them dictate the entire public agenda," he added. 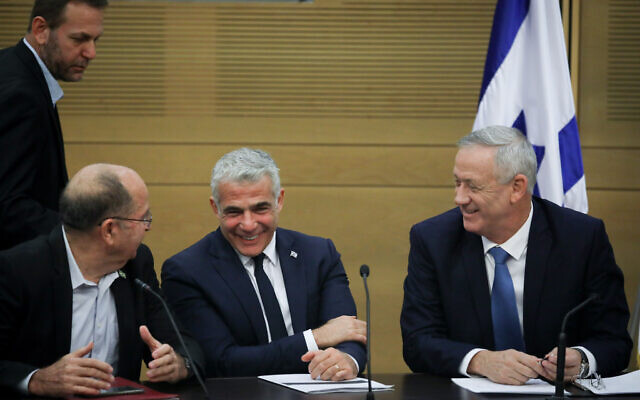 Keeping to its leader’s word, Blue and White announced that Gantz would be meeting with Ayman Odeh, head of the Joint List of the Alliance of Arab majority parties, on Thursday in Tel Aviv. Likud has been accused of Blue and White of seeking to form a minority government with outside support from the Joint List. Gantz's party has never expressed interest in such a scenario and a number of Blue and White MKs have ruled it out entirely.

Blue and White No. 2 Yair Lapid stepped up the rhetoric against Netanyahu in his remarks ahead of the faction meeting, accusing the prime minister of posturing when he still had the mandate to try to form a government.

"It is possible to form a government within 48 hours. All that Benjamin Netanyahu needs to do is agree to be second in a rotational agreement, "Lapid said. 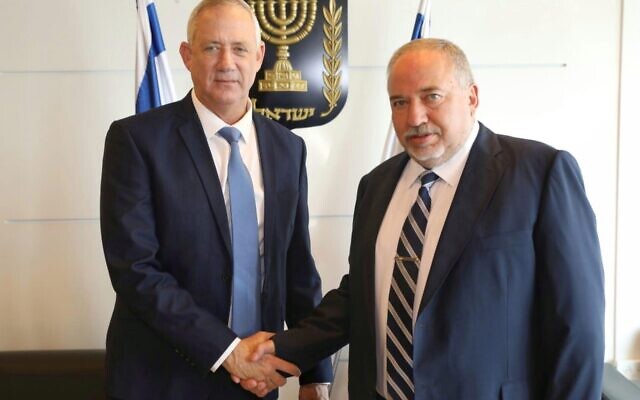 Also on Monday, Gantz met with Yisrael Beytenu chairman Avigdor Liberman for their first talks since the Blue and White head was made prime minister designate.

Both sides put out a joint statement saying it was held "in a positive atmosphere." Liberman is seen to play a critical role in the formation of a unity government and has insisted that such a coalition does not include the Joint List, the left-wing Democratic Camp or any of the religious parties.

The joint statement said the meeting addressed "among other things, the issues of security, the state budget, the possible political scenarios and other topics." A meeting between the negotiating teams of the two parties would be held soon, the statement added.

Speaking to reporters ahead of Yisrael Beyten's faction meeting and after his sit-down with Gantz, Liberman said he would not support "personal legislation" aimed at allowing Netanyahu to continue serving as premier while under indictment.

Lieberman also said that a "narrow" government, if established, would not be able to make critical security and economic decisions.

On Sunday, Likud negotiators met with their Blue and White counterparts, in their own inaugural effort to break the political logjam that forced Netanyahu to return the government-forming mandate back to President Reuven Rivlin last week.

In that meeting as well, no progress was reported, with Blue and White saying afterward that Likud representatives had refused to budge on their insistence that they would only join a government along with the rest of the members of their right-wing, religious bloc. Likud's lead negotiator, Tourism Minister Yariv Levin, meanwhile said in a statement that Blue and White arbiters had refused to accept Rivlin's unity government proposal, which would see Netanyahu serving first as premier in a rotational agreement.

That president's unity government scheme would see power equally divided between Netanyahu and Gantz, who would each serve two years as premier. 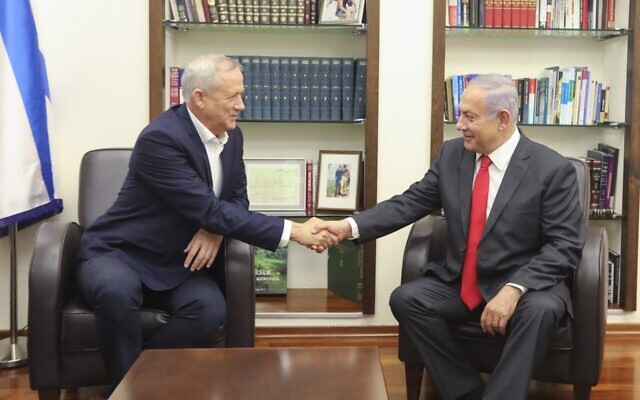 Rivlin is implied, but did not specify, that Netanyahu would take an open-ended leave of absence if or when he is indicted in one or more of the probes in which he faces charges. Under the arrangement set out by Rivlin, Gantz, as "interim prime minister" in such a scenario, would enjoy all prime ministerial authority.

After the negotiators' meeting, Blue and White said that it was seeking to establish a government "under the premise and understanding that the mandate is currently held by … Gantz, making him the appointed prime minister."

Entering Sunday's meeting, Levin issued a statement saying he was representing "the entire 55-member right-wing bloc" at the sit-down.

A day after last month's elections, the leaders of the ultra-Orthodox Shas and United Torah Judaism parties, along with Likud and the Yamina slate (which has since splintered into the New Right and Jewish Home-National Union), all agreed to enter coalition negotiations as a united front of 55 MKs. 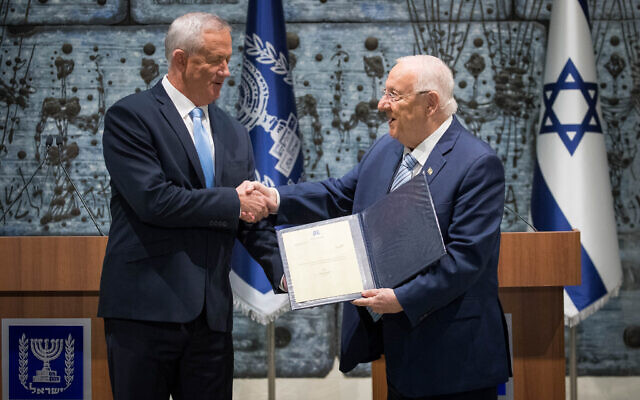 President Reuven Rivlin presents Blue and White party leader Benny Gantz with the mandate to form a new Israeli government, after Benjamin Netanyahu's failure to form one, at the President's Residence in Jerusalem on October 23, 2019. (Yonatan Sindel / Flash90)

While Blue and White have made clear that its primary interest is a unity government with Likud, the centrist alliance said last week that it wants to negotiate with parties individually. Gantz has reached out to the leaders of all parties, except for the hardline Balad faction (part of the Joint List), to schedule meetings in an effort to cobble together a coalition. However, Shas, UTJ, New Right and Jewish Home said they would allow the Likud negotiators led by Levin to speak on their behalf.

In the lead-up to last month's election, Blue and White leaders said they would seek to form a government without the Haredi and hardline religious parties.