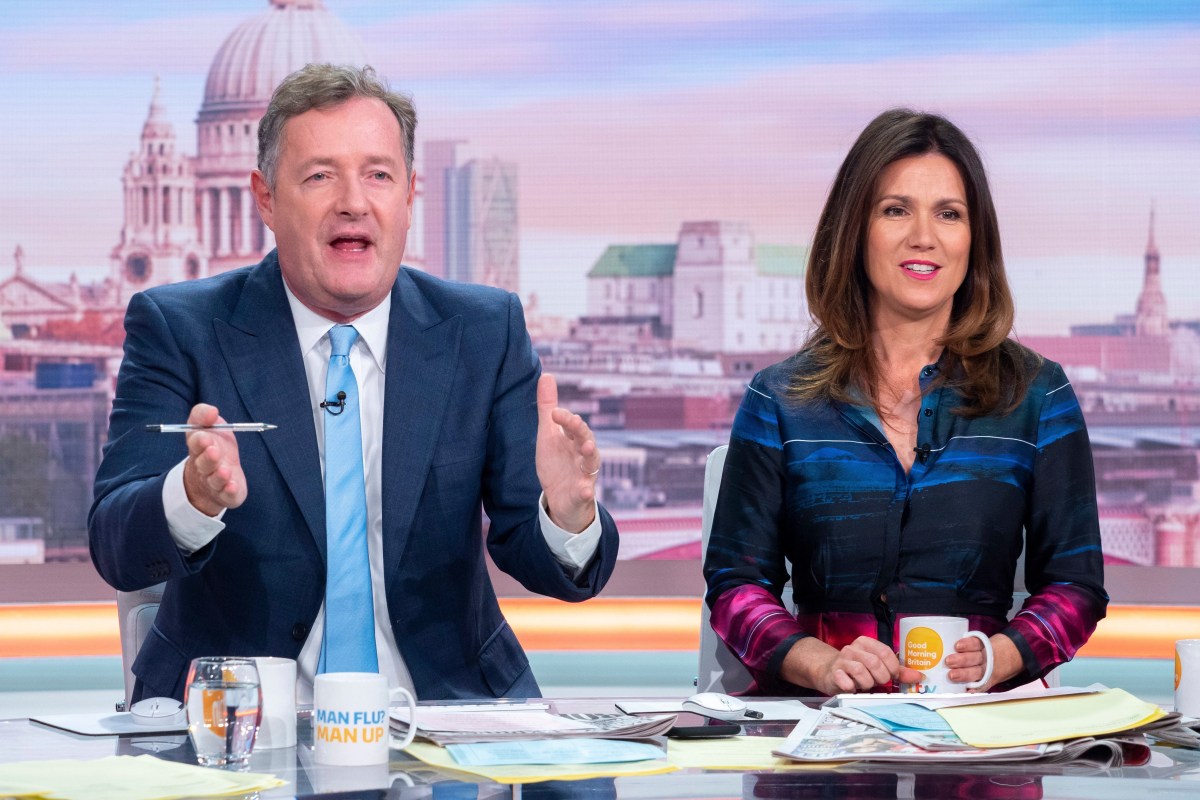 GOOD Morning Britain fans feared Piers Morgan had been SACKED today after the presenter was a no-show.

The controversial host, 54, was absent from the ITV show, where many expected him to discuss Meghan Markle and Prince Harry's eye-opening documentary on their trip to Africa and life as royals.

Regular viewers took to Twitter after spotting how Piers, as well as co-host Susanna Reid, had been replaced by Kate Garraway and Ben Shephard – yet in reality, Piers is sunning himself on holiday on board a yacht in America.

One quizzed on social media: "Have I missed it? Has Piers been sacked? #Gmb."

Another added: "See Piers Morgan is still on leave.

"It seems they do at least want to give #MeghanAndHarry a break from him being on ITV after their documentary last night though."

GMB's Kate Garraway asks Ben Shephard 'what are you doing here?' as Piers Morgan takes a three week break from the show

A Piers fan then squealed: "Bring back Piers! Calling for him to be hacked over that stupid incident is madness!"

Fans might have feared after an online poll last week saw 60% of 482,270 fans voted for Piers to get the boot.

The outspoken star had sparked a furious debate when he claimed he identified as a penguin in an on-air chain about gender last month – leading to a petition demanded for the star to be axed.

Piers moaned: "The poll was 80% in my favor after the day we ran it and then these weird people in Los Angeles, very, very demented, hysterical people, got hold of the poll and they've now turned it into a 60 / 40 split against me.

"Here's the thing, I think they genuinely think they're going to get rid of me and that's what makes this more fun."

Piers and Susanna are actually just taking a break for the half-term holiday – and he will return in three weeks' time.

Until then, Kate and Ben will continue to keep his seat warm.

We pay for videos too. Click here to upload yours.