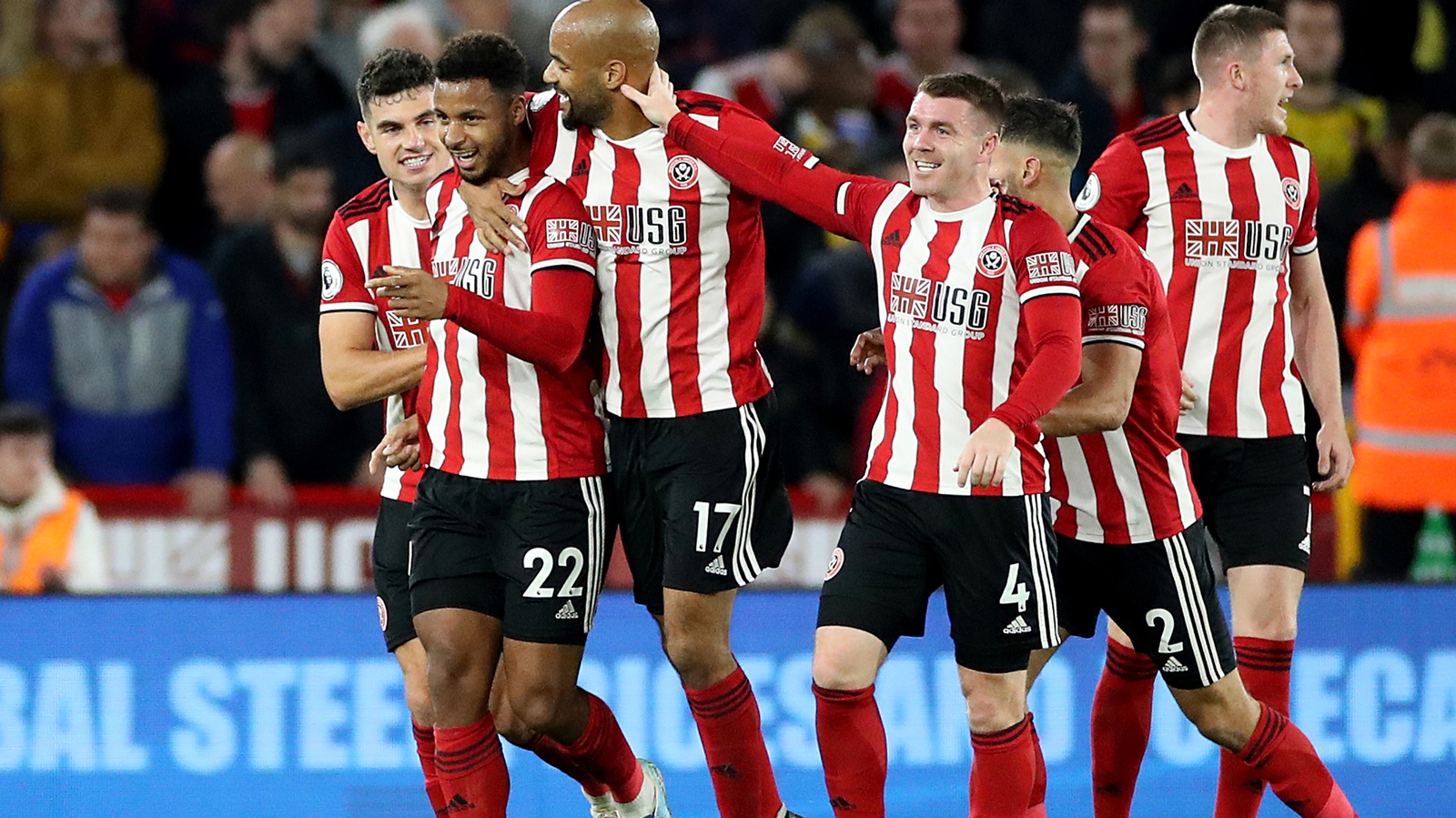 Sheffield United claimed the Scalp of Arsenal to move up to Ninth in the Premier League with a 1-0 victory at Bramall Lane.

The Blades had not won in the league at home since 18 August and had lost their last three top-flight outings in front of their own fans.

However, Lys Mousset's first-half goal got the world's oldest football stadium rocking and, along with some stoic and organized defending, it proved enough for a famous triumph.

It was only Arsenal's second loss of the season but their troubles on their travels continued – Unai Emery's team have not won away in the league since the opening day – as the Gunners missed the chance to go third in the table.

Republic of Ireland manager Mick McCarthy will have been heartened to see striker David McGoldrick to last 78 minutes upon his return from a hamstring injury as he partnered Mousset up front.

Arsenal thought they should have a penalty after six minutes when Egan pulled Sokratis back by his shirt as the hosts defended a corner.

Referee Mike Dean seemed to have a good view of the incident but he was unmoved, although television replays appeared to show Egan had got away with one.

The Gunners should have taken the lead midway through the first half. Nicolas Pepe started a swift, slick counter attack deep inside his own half and he should have finished it too. The attack developed down the left and Sead Kolasinac whipped a pin-point cross into the six-yard box where Pepe was arriving at the far post, but the Ivorian went for the ball with his left foot rather that his right and somehow touched it wide .

The Blades capitalized on their good fortune after half an hour when Mousset turned the ball home from close range after Jack O'Connell had headed Oliver Norwood's back corner across the goal.

The hosts could have had a penalty when George Baldock went down under a challenge from Kolasinac, while immediately at the other end Arsenal felt aggrieved for the second time when, rather than point to the penalty spot, referee Dean booked Bukayo Saka for diving after he went to ground following a coming together with Egan.

Arsenal assistant coach Freddie Ljungberg was so incensed by the decision that he also received a yellow card for his protests.

Dean Henderson ensured his side went into half-time ahead when he pushed away Granit Xhaka's 30-yard strike in first-half injury time.

Arsenal made a change at the break with Dani Ceballos replacing Joe Willock. The Spaniard, on loan from Real Madrid, gave the home defenders something new to think about early in the second half, coming in-field from the left and finding pockets of space.

He might have equalized after an hour but scuffed his shot from Saka's cross and, in the end, it was a routine save for Henderson.

At the other end the Blades remained a threat and Baldock sliced ​​an attempt wide before John Fleck's driven effort rippled the side-netting, with many inside Bramall Lane thinking it was 2-0.

Fleck then hit a swerving shot from a long distance that was spilled by Bernd Leno, who managed to regather the ball before the onrushing McGoldrick could pounce.

Emery brought on the fit-again Alexandre Lacazette, out since September with an ankle injury, midway through the second half, with Xhaka making way.

The Frenchman soon won a free-kick in a dangerous position just on the edge of the box. Pepe took it but his curling effort over the defensive wall was seen all the way into the hands of Henderson.

The hosts with food some pressure late on as the Gunners searched for an equalizing goal. Kolasniac headed over the crossbar and Calum Chambers flashed a shot across the face of the goal but Wilder's team saw it out for a deserved win.