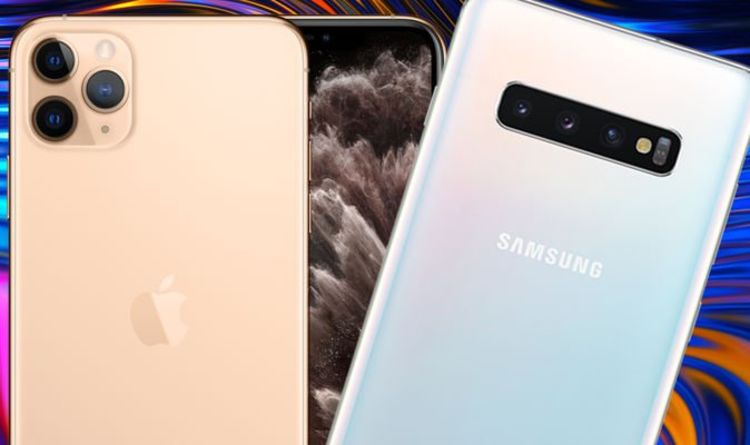 Apple's new swanky iPhone 11 Pro Max, and its 2018 iPhone Xs Max, have been shown to outperform Samsung's latest and greatest … at least in terms of speaker playback and audio recording.

DxOMark recently announced that, in addition to putting smartphones' front and rear cameras through their paces, it's also testing the audio of each device that enters its advanced laboratory in the French capital of Paris.

The topping of the pile was Huawei's monstrous 7.2-inch handset with a score of 75. One of the biggest reasons for this is surely because the Chinese handset boasts two full-range speakers at its top and bottom that can pump out punchy audio.

Interestingly, Apple's 2018 iPhone Xs Max was said to be more capable than this year’s iPhone 11 Pro Max in terms of audio playback and recording.

The Xs Max was only one point shy of the Mate 20 X and was particularly praised for its good spatial sound and its ability to crank out loud audio without distortion.

iPhone 11 Pro Max was still handed a respectable score of 71, but the device was noted to deliver less precise spatial audio than the Xs Max.

Both Apple devices are bested Samsung's Galaxy S10 + and Note 10+ though, cementing the iPhone as a better choice for anyone to want to immerse themselves in endless Netflix shows or the latest blockbusters.

The Galaxy S10 + and Note 10+ were given final tallies of 65 and 66 respectively. Both were critiqued for not packing a big enough punch with regard to bass.

Meanwhile, the S10 + in particular was said to lack loudness overall and not to excel in terms of gaming performance.

With that said, both South Korean handsets were said to be good performers overall. They were just overshadowed by the better performances from Apple and Huawei in DxOMark's new reviews.

The publication's conclusion for the S10 + read: "The Samsung Galaxy S10 + puts in an overall solid performance for both recording and playing back audio in most use cases.

"A lack of bass power might be a problem for some, especially when coupled with the device's relative lack of overall volume. Those weaknesses are counted by a good sound stage and a strong and very balanced recording performance in our tests.

And its verdict for the Note 10+ said: "The Samsung Galaxy Note 10+ has a large high-definition display which simply invites the user to play movies — and its multiple cameras invite users to create video content of their own. It could be argued that Samsung has just about accomplished this for playback.

"The Note 10 + 's playback of the files we used to test all our devices were, on the whole, rendered well by the smartphone speakers. Even so, at this price point, we would expect the device to do better for bass and volume. "