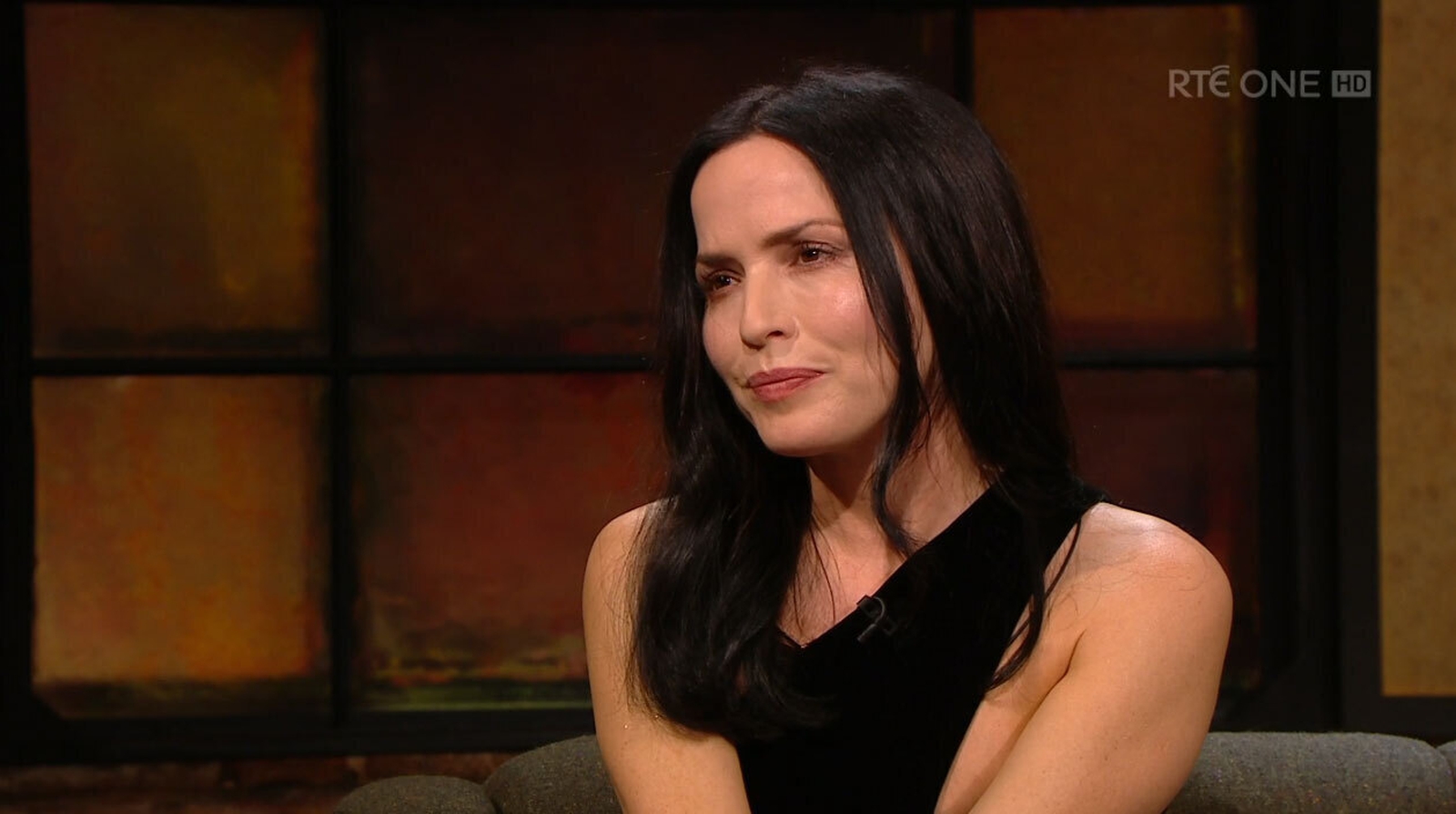 Andrea Corr has been praised for her "raw" and "moving" interview on Friday night's Late Late Show.

In a wide-ranging interview with host Ryan Tubridy, The Corrs frontwoman, who has just released her memoir Barefoot Pilgrimage, spoke about the loss of her brother Gerard at the age of three in a road accident, the death of her parents and the pain of suffering five miscarriages.

She spoke about her parents' brief following the death of Gerard. "He was killed in the road the day they brought Sharon home from the hospital as a new baby. That loss and I think that the ghost was in our house", she said.

"Now that I'm a mother myself and I'm sure parents everywhere [would feel], it's unbearable to think of. He was a very funny little boy, but they couldn't talk about him for more than a couple of minutes before the pain would take over. "

Looking back on growing up, Corr said she realizes "his absence was present in everything".

When asked by Ryan about how starting his own family was not an easy road for her, she replied: "I had five miscarriages, I had two before I was blessed with Jeanie and Brett, and then I had another three.

"I think the first two were the most difficult obviously because I didn't know who I'd be blessed with, I didn't know if I'd ever become a mother."

"I had five miscarriages" … Andrea Corr @ACorr_Official discusses her struggle with fertility on tonight's #latelate pic.twitter.com/u3iKZ0hnAc

She continued: "On the first one the doctor said to me when we realized the baby was no more, that very few women went through their reproductive life without a glitch, and I realized since I had spoken about it how true that is.

"It was painful because you've got that hope, you immediately dream of this baby, it happens so quickly, it's crazy how our minds think, and our hearts. But I'm so lucky, ultimately."

The music star said she is glad she has spoken openly about her experiences as "people have said they can really relate to it."

"It's strange why we're shy about it. What do we feel? Do we feel we're not right or something? Maybe there is some embarrassment, is there some shame about it, which there shouldn't be", she said.

Viewers praised the Dundalk singer for sharing her story.

Andrea Corr's grief and pain is so raw. So brave of her to speak out about all the loss she has endured #LateLateShow

Very moving interview with Andrea Corr on the #LateLateShow

Watching Andrea Corr on the Late Late is so humbling. I met the band eons ago and they were lovely! I can all but relate to her losses she experienced through miscarriage and we should all be talking about them more openly. Thank you #andreacorr #TheLateLateShow @RTELateLateShow