The mystery of the 'Ghost Moon', Friend of the Moon – VIVA 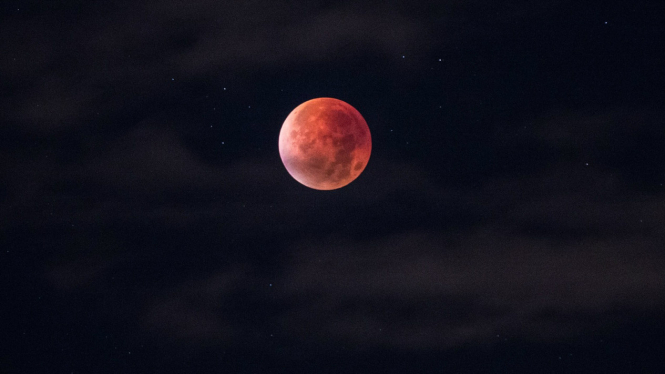 VIVA – So far we know that the Earth has only one Moon. But scientists have actually debated the matter for more than 50 years. Some of them claim that there are two extra moons orbiting the Earth, besides the one we have seen so far.

Hungarian astronomer and physicist Gabor Horvath and Judit Sliz-Balogh from Eotvos Lorand University in Budapest, as reported by National Geographic recently, finally have enough evidence to ensure that our moon has two other 'friends', and they are all made of dust.

The research team confirmed their existence through photographs using a telescope equipped with special equipment. The extra moon's distance is about 250,000 miles from Earth – about the same as our Moon's distance. This finding was published in the Royal Astronomical Society Monthly Notice.

Because it is made of dust, and its appearance is vague, the months are also nicknamed 'ghost moon'. The discovery of Horvath and Balogh reinforced the prediction of previous astronomers, namely in 1961, in which Kazimierz Kordylewski from Poland caught the presence of the dust moon.

Artistic Kordylewski clouds in the night sky (with increased brightness) at the time of observation.

It was also the origin of the dust moon named Kordylewski cloud. "So they are not really 'months' in the usual sense," said astronomer Phillip Plait, quoted from NBC News.

Meanwhile, another report on India Today explained, this dust moon is very large but they are made of very small dust particles. When sunlight touches dust particles, they glow very faintly and dimly. They are very difficult to find in the midst of starlight, sky light, galaxy light, even though their existence is as close as Earth to the moon.