NASA Calls Women Will Be the First Men on Mars 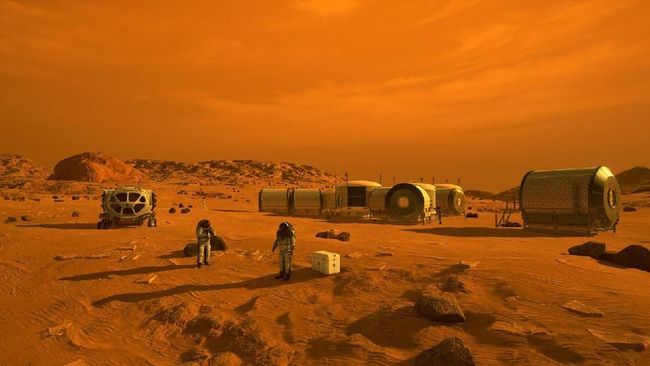 Jakarta, CNN Indonesia – United States Space Agency (NASA) said it would put female astronauts on a mission to Mars in 2033.

"The first humans on Mars are likely to be women. I think that could be a milestone," he was briefly quoted from Space.

Previously, Bridenstine had said it was preparing its first human mission to Mars in 2033.

"We are working to develop a comprehensive plan for how we will carry out Mars missions using technology, which we will use when landing humans on the Moon," he said.

NASA is known to bring the figure of young women from Baton Rouge, Louisianna, USA namely Alysson Carson to Mars. Currently, Carson is undergoing a period of astronaut training at NASA headquarters.

Carson was noted to be the youngest participant to graduate from Advanced Space Academy. In 2012 and 2013, he continued his studies at Space Camp Turkey and Space Camp Canada to practice his ability to become an astronaut.

Among other astronaut candidates, he was the only participant who had so far succeeded in completing the NASA Passport Program by visiting 14 NASA Vistitor's Centers.

The US space company, SpaceX, also took part in the first human mission to Mars and tested the prototype Starhopper rocket last August.

The rocket managed to fly with a total time of 57 seconds using the latest generation Raptor engine.

CEO of SpaceX, Elon Musk, through a tweet on his personal Twitter account, confirmed that Starhopper's flight test was the last time before it was used to bring missions to the surface of Mars.

In addition, NASA will launch a helicopter to Mars in July 2020 before humans set foot on the Red planet. The helicopter is scheduled to land in the Jezero Mars Crater in February 2021.

After landing, the helicopter will release solar power and start conducting flight trials. If these small helicopters fly according to the plans of NASA scientists, they can ask technicians to add air dimensions to the next generation of helicopters.

"Our task is to prove that autonomous flights can be executed in a very thin Martian atmosphere. In addition, we designed this helicopter only for flight trials so we did not embed scientific instruments in it," Mars Helicopter Project Manager MiMi Aung was quoted as saying. Space News.