Your Most Wanted Bhai Is Coming On Eid 2020 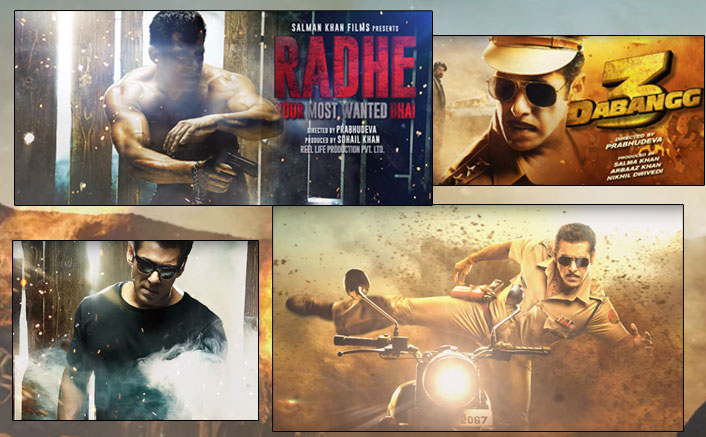 There has been a lot of speculations regarding Salman Khan’s Eid 2020 release and the Bhai of masses has finally made the announcement. Salman Khan took to social media and announced that he will come for his fans on 'Christmas 2019' as well as 'Eid 2020'.

Salman Khan made the big announcement on social media with a teaser video of his Eid 2020 release which has been titled Radhe: Your Most Wanted Bhai. But that's not it, in the same video he also gives a sneak peek to his immediate upcoming film Dabangg 3 and his character Chulbul Pandey.

Salman shared the Dhamaakedaar video and wrote, "Aap he ne poocha tha ab Dabangg 3’ to baad kya? What and when? Yeh you answer #EidRadheKi "

Now, this is the big treat for fans who they have been waiting for a long time. That's what we call giving Diwali treat even before the festival.

Earlier, Sanjay Leela Bhansali’s Inshallaah starring Salman Khan & Alia Bhatt in lead was slated to release on Eid 2020. However, the film got canceled due to some creative differences between Salman & SLB.

Meanwhile, both Dabangg 3 & Radhe are being helmed by Prabhudheva. Radhe is said to be the sequel of Salman-Prabhudheva’s 2009 film Wanted. "Your Most Wanted Bhai" – confirms that too.