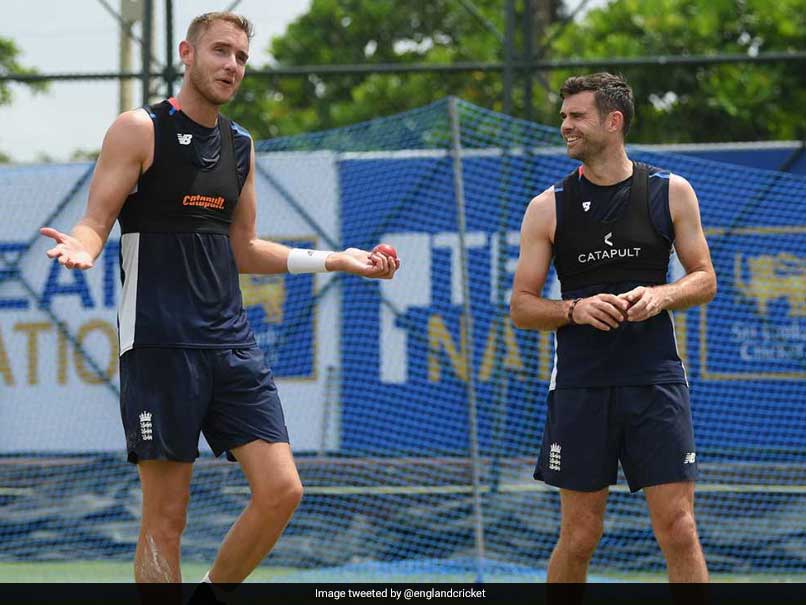 England recalled Stuart Broad and goalkeeper Jonny Bairstow for the third and final Test against Sri Lanka, starting on Friday in Colombo. Broad will replace James Anderson, who has managed to claim just one goal in two games that England won in a comprehensive manner for a 2-0 lead that cannot be shaken. In another development, Bairstow has replaced the injured Sam Curran. Following his setback, Anderson revealed his frustration over a bad run, but seemed happy for fellow Paceman Broad.

"Yes I did not play this game, Broady will leave. The idea is that with the series sewn, it is an opportunity to spin," Anderson said on Wednesday.

"I think that feeling is they want Broady to get some cricket tests under his belt," said the 36-year-old.

England went to the third and final Test in Colombo with a 2-0 lead and shot for lime.

"So, this will be a week off. This is a trip that frustrates me really because you want to contribute to victory.

"But I feel like I've tried my best but it doesn't really become a series for launchers," he added.

"I feel like a spare part, but I think it's just the nature of playing cricket here."

England sewed the series, the first away series victory since beating South Africa in 2015-16, on Sunday in Kandy.

And Anderson said he was happy to have been part of a squad that had played very well from England.

Veterans from many of the highest and lowest in British wealth said the tour under captain Joe Root had become "a very big stepping stone for us as a team."

"We've been good in a number of parts over the past 18 months but a little inconsistent. I think the improvements we made and continued to make really showed this trip.

"The message from Joe is out, confident. We played positively, tried to take attacking options and I thought that was why we were 2-0 up."