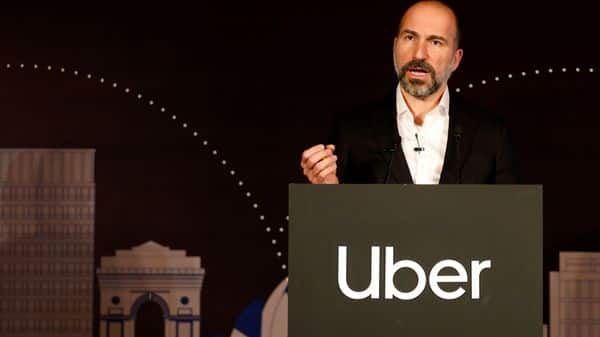 New Delhi: Uber Inc.'s chief executive, Dara Khosrowshahi, on Tuesday, jumped into a heated debate in India over whether millennials would rather buy a car than other options such as electronic gadgets.

Khosrowshahi urged Indians not to fall into the trap of owning a car, like their counterparts in developed countries, and instead confronted the so-called "established industries" by focusing on innovation to make travel comfortable.

Last month, finance minister Nirmala Sitharaman linked falling car sales, among other factors, to millennials who did not want to commit to monthly installments to buy cars and preferred to use application-based taxis such as Ola and Uber. He found support from R.C. Bhargava, chairman, Maruti Suzuki India Ltd., in an interview said many young people prefer gadgets over cars because they can continue to use Ola and Uber for their much more economical mobility needs.

He spoke to reporters during the event to announce Uber's ties with the Delhi Metro Rail Corporation (DMRC) to provide last mile transportation services.

His comments came in the background of India being the main focus area for a ride-calling platform, especially after losing the battle in China to local rival Didi Chuxing.

India is one of the biggest Uber markets in the world, and Khasrowshahi said the San Francisco-based company has committed to continue its investment in the country for the next 5-10 years.

The Indian auto sector is in the worst downturn in about two decades amid an economic slowdown, led by sluggish demand and slowing private investment.

"The opportunity here in India is that India does not need to be trapped by this establishment. India can actually be a mass innovator for developing countries in the world and can be a pioneer and today we can look back on the day when innovation was accelerated," said Khosrowshahi.

Uber on Tuesday launched its commuter service, Uber Transit, at several Metro stations in Delhi, making it the first city in Asia for this service. The company already operates services in eight cities globally.

This service will be expanded to 210 Metro stations gradually.

Uber did not disclose investment and commercial details of the partnership with the DMRC.

DMRC's managing director, Mangu Singh said Uber services had begun at four stations. "We are open to all service providers. Anyone who wants to provide services to our passengers, we are ready to help them, "Singh said.

Pradeep Parameswaran, president for Uber operations in India and South Asia, said the recent amendments in the Motor Vehicle Law will help companies focus on innovation and scale, rather than facing regulatory uncertainty.

The Motor Vehicle Law (Amendment), 2019 recognizes the aggregator as a digital or market intermediary, which can be used by passengers to connect with drivers for transportation.

Uber's global chief product officer, Manik Gupta, said the company has partnered with local transit application provider MoovIt for data, which will be displayed to users on the Uber application. The company will seek to expand to other cities if the service receives a positive response from customers, Gupta said in an interview.