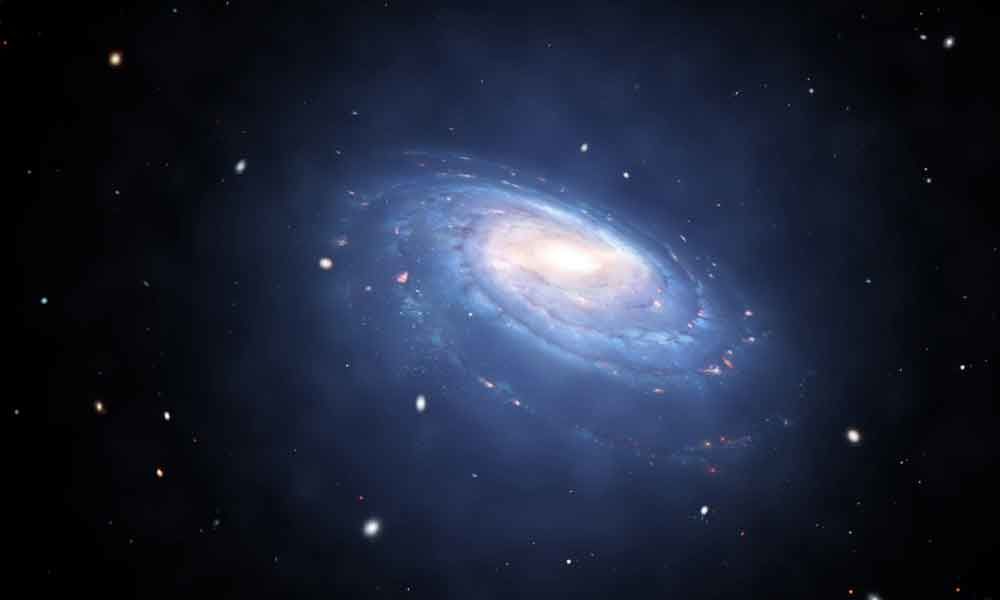 Using a massive cluster of galaxies as an X-ray magnifying glass, astronomers have spotted a tiny dwarf galaxy in the first, super-energetic stages of star formation.

The new lens technique allowed the astronomers to peer back in time, to nearly 9.4 billion years ago.

While galaxy clusters have been used to magnify objects at optical wavelengths, this is the first time scientists have leveraged these massive gravitational giants to zoom in on extreme, distant, X-ray-emitting phenomena.

What they detected appears to be a blue speck of an infant galaxy, about 1 / 10,000 the size of our Milky Way, in the midst of churning out its first stars – supermassive, cosmically short-lived objects that emit high-energy X- rays, which the researchers detected in the form of a bright blue arc.

"It's this little blue smudge, meaning it's a very small galaxy that contains a lot of super-hot, very massive young stars that formed recently," said Matthew Bayliss, a research scientist at the Massachusetts Institute of Technology's Kavli Institute for Astrophysics and Space Research .

"This galaxy is similar to the very first galaxies that formed in the universe … the kind of which no one has ever seen in X-ray in the distant universe before."

The detection of this single, distant galaxy is proof that scientists can use galaxy clusters as natural X-ray magnifiers, to pick out extreme, highly energetic phenomena in the universe's early history, Bayliss said.

"With this technique, we could, in the future, zoom in on a distant galaxy and age-date different parts of it – to say, this part has stars that were formed 200 million years ago, versus another part that formed 50 million years ago, and pick them apart in a way you can't do otherwise, "said Bayliss.

The findings have been published in the journal Nature Astronomy.