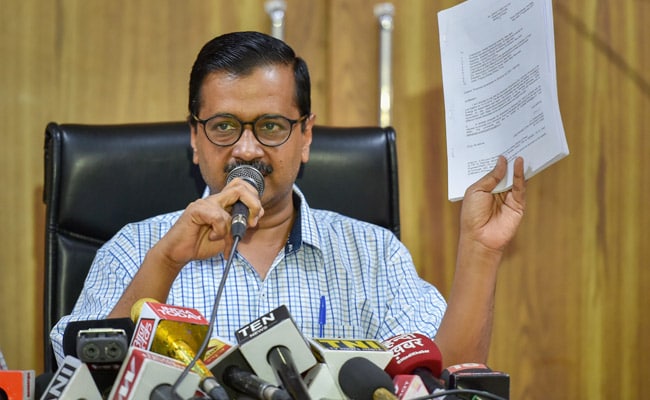 Delhi Chief Minister Arvind Kejriwal said today the BJP must end its "actions and plays" on the issue of sealing, and immediately bring regulations to maintain the status quo and provide assistance to lakhs of people.

His comments came hours after the Supreme Court closed the process of insulting the BJP MP Manoj Tiwari for violating the seal of a civilian body in a place here in September.

The high court, however, condemned the Delhi head of the BJP for leveling frivolous allegations against the court-mandated committee, saying it showed how "he could bend".

"If the BJP is carried out with stunts and skits, the people of Delhi urge the BJP to immediately bring current regulations to maintain the status quo, provide assistance to lakhs of people and save their jobs (sic)," Mr Kejriwal tweeted.

The Supreme Court also said that "political propaganda is misplaced without a place" and "such practices must be stopped".

Later, Mr Tiwari claimed that the court had noted his concerns about "choosing and choosing policies" in the ongoing sealing drive in the national capital.

"The policy of selecting and choosing from the Monitoring Committee and the illegal sealing actions that have been highlighted by us has been recorded by the Supreme Court," he said in a statement.