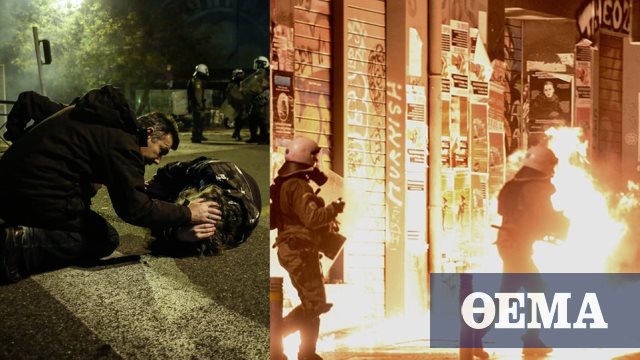 Extensive episodes are underway in the Exarchia area: Not long after the end of the 45th anniversary of the Polytechnic revolution, the first major outbreak occurred outside GADA on Alexandras Avenue, where protesters threw stones and other objects against police, reportedly at least one injury .

At almost the same time in Exarchia, anti-authoritarian with the basement of historic Polytechnic buildings began building barricades, while the first Molotovies on Stournari Street fell shortly afterwards.
The episode has now been extended to Patisia, while the bow has been turned on. Molotoves fell in the rain, while police forces made extensive use of chemicals.
From GADA, eight suspects claimed to have participated in the episode.