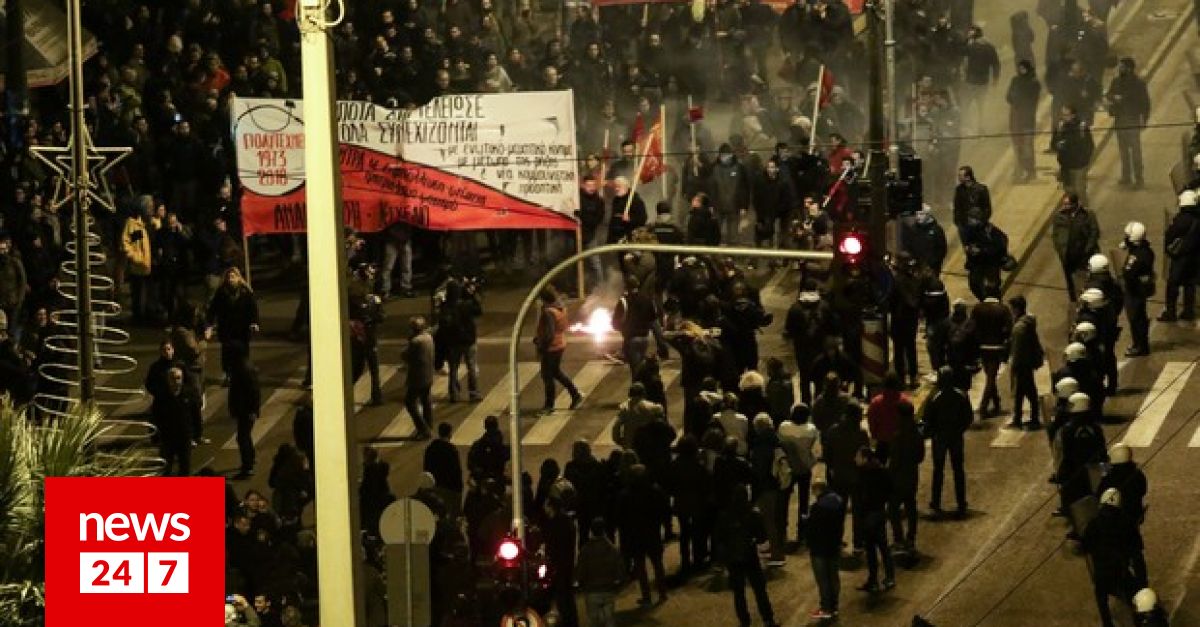 The 45th anniversary of the Polytechnic revolution was honored in Patras this year with two different meetings and parades, while small episodes took place in the city center, with the result that the police proceeded to five additional.

In particular, the first meeting took place at National Resistance Square, which was organized by student and student clubs, labor centers, the Patras peace committee and other institutions, and the municipality of Patras was also involved. After the speech, he began the course on the main streets of the city, which passed the monument of Nikos Tebnonera and reached Georgiou square.

The second meeting took place outside the former branch of the university, on Corinth Street, where student clubs, clubs, political parties, organizations, etc. took part. Then, he started the course in the center of Patras, which also headed for the Nikos Temondera monument.

When the road reached near the Corinthos and Agios Nikolaos crossroads, the hood of the car threw Molotov cocktails and firecrackers at the police force, who responded with gesture-glitter movements. Then the veil headed for the Hagia Sophia area, while police forces attacked five people in the National Police Headquarters building.

Finally, in the city center there is a MAT team ready.