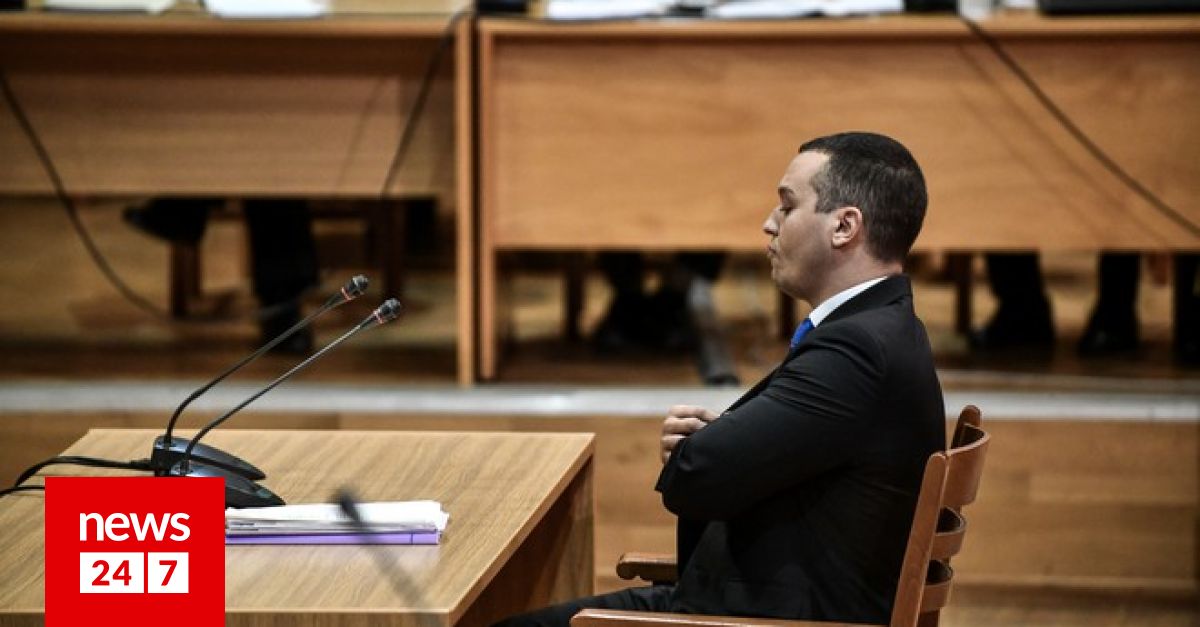 Elias Kassidiaris's apology began in the Court of Appeals as part of the Golden Dawn trial.

At the beginning of his apology, regarding the accusations of criminal organizations, he referred to the "fake class of political circles". "This is not a personal opinion, it is documented," he said.

On charges of armed robbery, he said: "I intend to be in custody because it does not produce politics. This is an incomprehensible crime that has never happened before. Even the political opponents we have faced say so. I have legal permission from the police."

About the article he had written, with references to Hitler and the tattoo on his hand, he said:

"I will not comment on articles which are historical critics and that move within the legal framework. There is freedom of expression. I clearly oppose and condemn acts of violence and war crimes."

Outside the courthouse, KEERFA members have gathered to protest the actions of the Golden Dawn, while informing residents of Kassidiaris's apology.

Elias Kassidiaris, who was accused, like 17 other former ATHEX members, of running a criminal organization, might follow the "official" line created by the party, claiming it was political prosecution, and was believed to be referring to former prime minister Ant. . Samaras also recorded his speech to condemn intervention in Greek justice.

Among the questions expected to be posed to Nick's many-right-hand men. Michaloliakou is – as is the case with other Members – the position of Il Kassidiaris's responsibility, because he is accused of being responsible for party ideology and executive education. Under the courthouse microscope, it is not excluded that the rapid rise to the Golden Dawn steps, its position next to the secretary general, as well as quotes from his speech.

His speech in Chania is characteristic, referring to the position of parliament. "Leave Members of Parliament and Members of Parliament, because these things, as you know well, have been disliked for years. We certainly take advantage of certain privileges. We have also taken up arms now with licenses, that was not the incident. themselves, and we are a bit more comfortable in our movements, "the defendant said at the time.

However, it is still unclear whether Kassidiaris will remain calm in his apologies, especially when he receives questions from the court, or shows the behavior he occasionally shows, such as slapping Liana Kanellis or assaulting a cameraman in court. from the former Evelpidon School. The "violent nature" of this case was also noted by law enforcement officials in his pre-trial detention order, which referred to certain incidents, including:

– On the show for the Wolf Pigade

-In an attack and applause against Liana Canellis

It is remembered that in his first apology (r.c. was released), he firmly denied any connection with his indictment, arguing that the prosecution of him was purely political in nature.