At the age of 80, journalist Andreas Bomis left 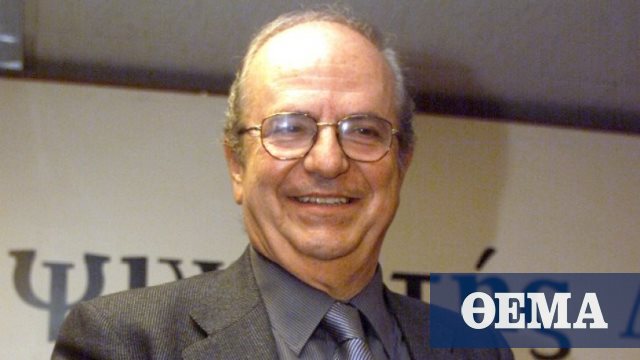 By teaching journalism, he guides a number of small children – whether in the classroom or in college – with unique ideals and rare principles that make him always stand out and create his own informal "school", having the first "best" student his son, Panagiotis, who followed in his father's footsteps, also wrote from a very young age, his own unique journey in space.

Andreas Bomis is editor-in-chief, chief editor and editor-in-chief of major publications, and editor of "inspired designers and creators of realization, and as a publishing consultant he led the newspaper for the first time at the kiosk on March 17, 2007, having his son, as a publisher, his son Panayiotis Bomis.

His historic journey and success in the field of culture and Greek journalism marked two important awards, from the Botsi Foundation and the ESIEA Cultural Foundation.

Andreas Bomis was born, two years before the war, on July 3, 1938, in Kastela, Piraeus.

His journalistic career began at age 20, from Self-government magazine, the publisher was his father, Panagiotis, to continue his first "steps" in the Acropolis newspaper in 1959 and Proto magazine.

In 1960 he was recruited to become Apogevmatini, as assistant to Haris Lympropoulos, who became director of the sports department. Then he was appointed as editor in chief of athletics and then throughout the newspaper, where he remained until 1983 when he went to the Free Press as editor for six months, and in 1984 he rose to the Nation. Editor in Chief, Editor in Chief and Chief Executive Ikon, which he left 18 months before the matter was suspended.

He worked passionately at the time, as usual, but the idea of ​​"Ethnosport", design and publication under his direction marked a very creative period. Andreas Bomis, a sports magazine, considers this sports magazine his second child. He completed his journalistic career at DOL as head of a special department, after also completing 300 television shows.

In 1980 he released the first Almanac of Greek and foreign football. A version that was repeated for four years and relaunched in 1999 with "Goal 2000-One Century Football".

As Director of Icons magazine and with his extraordinary colleagues at the "Nation" Athletics Department – all now executives -, he has taken the third Almanac of football and epic work for the World Cup on the occasion of the Italian final. This publication is provided free of charge along with the editions of each magazine. For ten years before retiring, he collaborated with "Lambrakis Press".

On TV he has the event "Athorramama", where he presented the first sports video game "1-X-2", and for many years he was a commentator on "World of Sports".

Athletic journalists never leave it. In all of his managerial positions, he maintains this part, always with the help of a luxury and talented partner.

He considers the highest honor he serves in this field, through reporting, titles, creations and research – the main elements of healthy journalism.

Andreas Bomis did not only respect the teacher when he taught a new generation of journalists outside the retirement room, in journalistic schools, with the latest from ANT1.

In 2017, he was honored in the 33rd Press Award from the Botsi Foundation for his ethos in Greek journalism, as one of the top sports writers. In 2018, the ESIEA Cultural Foundation respects Andreas Bomis, along with 15 other veterans from sports reporting.

His funeral will be on Monday at 3:00 p.m. from Zoodochos Pigi from Melissia and his burial at Melissia's funeral.