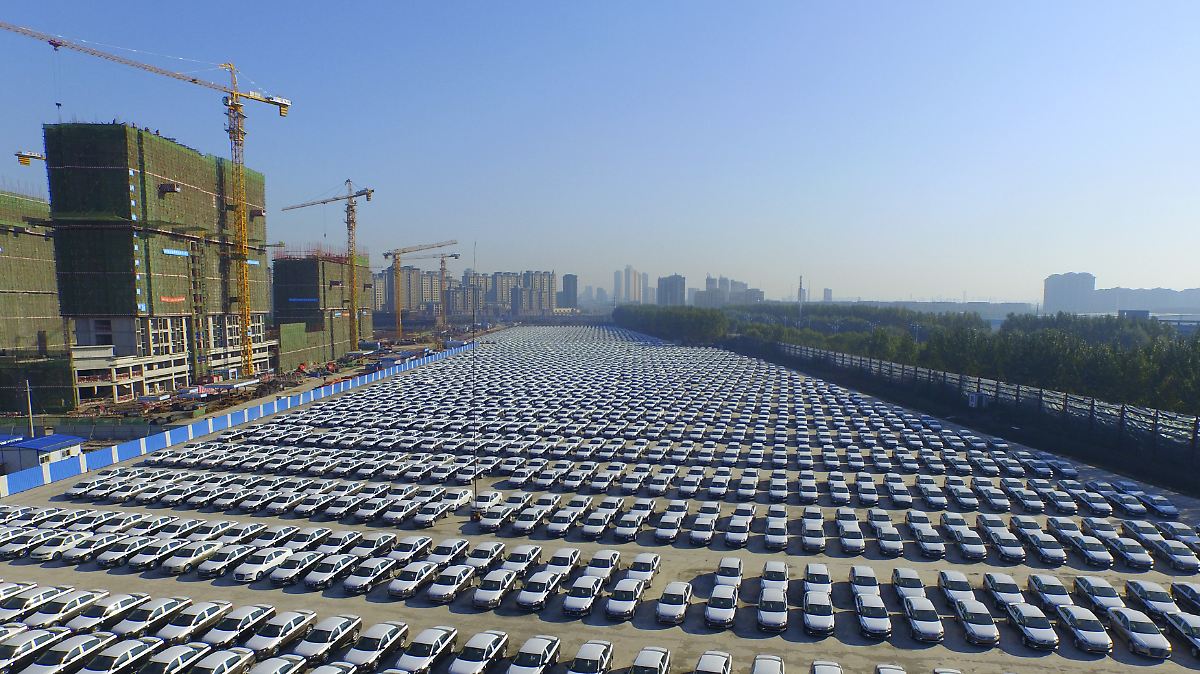 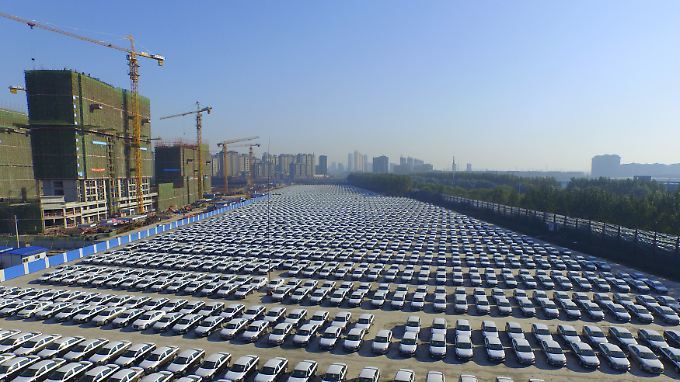 On the Changchun VW site about 850 kilometers northeast of Beijing, new cars are ready to be sent.(Photo: REUTERS)

The biggest car market in the world could shrink this year for the first time in decades. Apart from everything, Volkswagen wants to sell more cars to China. What are the gold times for car manufacturers for now?

The sales market in China, which is very important for the German auto industry and its suppliers, will continue to stutter for now, according to Volkswagen. "The market is a challenge, since June every month is worse," said China VW CEO Jochem Heizmann at an auto show in the southern Chinese city of Guangzhou.

The reduction in monthly effects is not without consequences for this year as a whole. According to Heizmann, there is no expected growth for the Chinese auto market as a whole this year. There is even a possibility of a decline in the order of "one to two percent," he said. In the coming year, growth can be "flat," as Heizmann warned.

In China, the car market has declined for several months. With buyers holding back the weak US economy and concerns over the US trade dispute, sales in all producers fell 0.1 percent to 22.97 million cars in the first 10 months of this year. In October alone, minus compared with the same period last year, according to data from the China CAAM automotive association 11.7 percent. That was the biggest decline in seven years.

In this environment, Volkswagen must give up hope of achieving the goals set for this year on the Chinese market. Nevertheless, Heizmann hopes that Europe's biggest carmaker in China beats better than its competitors. "We are growing and expecting growth for next year," Heizmann said.

The Volkswagen Group sent 3.04 million vehicles to customers in China and Hong Kong in the first nine months of 2018, five percent higher than the same period the previous year. Observers anticipate that this plus will remain around two percent by the end of the year. The VW Passenger Car core brand, whose sales fell 10.5 percent in September and 9.8 percent in October compared to the previous year, currently has a very difficult time.

Regarding reports that the Chinese government is considering tax breaks for car buyers to provide a new life market, Heizmann said, "The government must decide that as soon as possible." What is needed is clearly "yes" or "no" because the buyer will not hold back the purchase in anticipation of the tax fall.

However, China remains the most important pillar for Volkswagen abroad: In the medium term, Heizmann still sees great opportunities in the world's largest car market. The potential, said the VW manager, is greater than in other relevant car markets in the world.