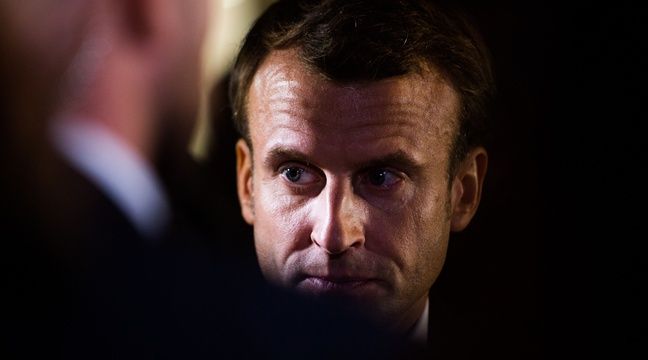 Investigation of the proposed attack on ultra-deep against
President Emmanuel Macron in November 2018 continues. Two new suspects were arrested on Tuesday and submitted to an anti-terrorist judge on Friday for indictment, said a court source.
confirm information from Paris.

Arrested Tuesday in Moselle, the two men, aged 30 and 45, were detained at the request of the judge's instructor, according to appropriate sources. They were referred to on Friday afternoon before an investigating judge from the anti-terrorism pillar of the Paris court to prosecute "criminal conspiracy criminals," the source said.

The threat is unclear and unclear

According to a source close to this case, the two suspects are alleged to have "taken part in meetings during violent acts carried out including the President of the Republic".

Four ultra-right sympathizers, a group dubbed "The Barjols", have been indicted in this case for a year, two of whom were detained. They are accused of raising up
plans to attack President Macron during the November 11 memorial tour. However, according to sources close to the defense, the threat remains unclear and incomplete.

A call against immigration

Investigators have decided to intervene after hearing about the transfer of a retired Isère in Moselle, where Emmanuel Macron will make his memorial journey on the centenary of the end of the Great War. The latter manages the "Barjols" identity page in Isere, the vector of appeals triggers incitement accents, including immigration, which is considered by them to be a major source of disease in French society.

The page is very active at the beginning of the yellow vest movement. "It seems that the President of the Republic for them is a potential target, even if the project is not successful," stated in 2018 JDD State Secretary for Interior and former DGT Director General Laurent Nunez.