independent traders and craftsmen demonstrate in front of Carrefour Chamnord 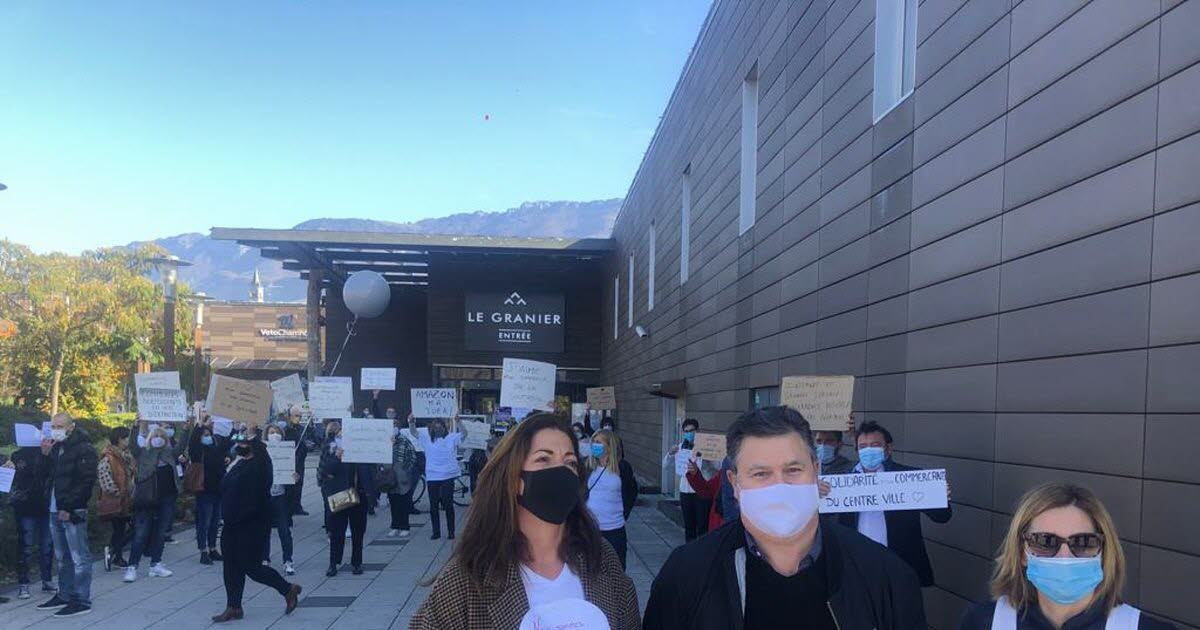 12 H: Chambéry Mayor Thierry Repentin joined a demonstration of merchants in Chambéry city center to explain to them that he would start on Monday with some of the first city council members of the administrative center in France an act to close nonessential shelves in supermarkets. His first trading assistant, Raphaëlle Mouric, who was also a shopkeeper (hairdresser) in the city center, joined the parade with his sign. The parade follows prefectural directions, always with chants of “We want to work”.

11 H: At the entrance to the Carrefour Chamnord, some fifty independent merchants and craftsmen from downtown Chambéry came peacefully to vent their anger and disbelief in the face of unfair competition.

Weaving guardians of honor to customers from the large agglomeration area of ​​Chambéry, who are often praised by people pushing their supermarket trolleys. They are now taking the streets of Chambéry’s market with their signs … “Let’s go to work,” they claimed with one voice. .