Home / france / For the first time, astronomers have detected stars released from black holes at a phenomenal speed of 1700 km / s

For the first time, astronomers have detected stars released from black holes at a phenomenal speed of 1700 km / s 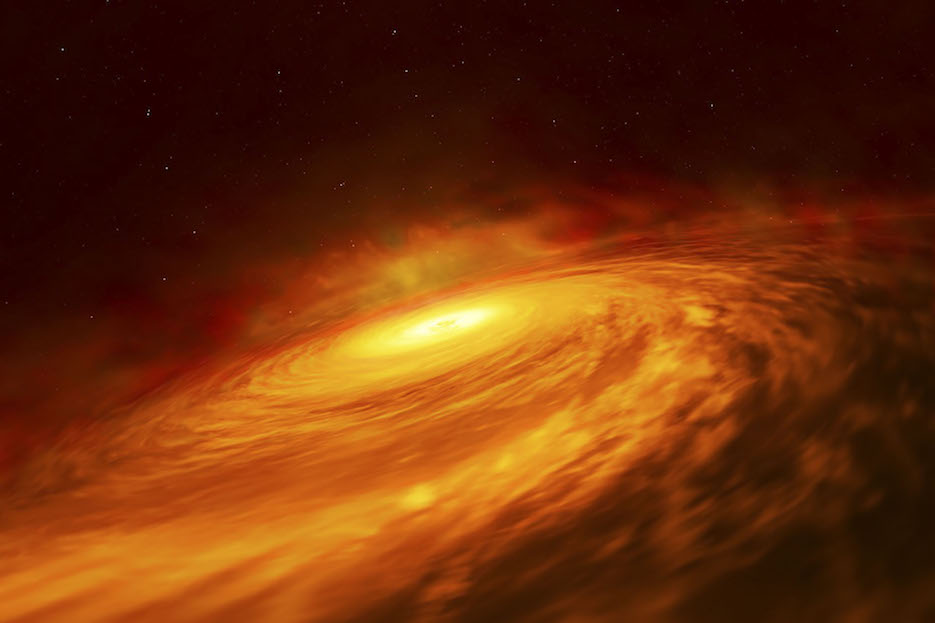 1,700 km per second. This is the speed at which adventurous stars, seen by a team of Australian astrophysicists, are ejected from the Milky Way supermassive black hole.

This expulsion mechanism was theoretically identified thirty years ago by astronomer Jack G. Hills, but this is the first time such an event has been recorded, reports The Guardian, who delivered the research. .

Called S5-HVS1, this star is 5 million years ago from a binary star system – two stars that orbit the center of gravity together – which has traveled very close to Sagittarius A, the black hole of the 4 million solar masses that ruled at the heart of our Galaxy. The two stars spin inward, getting closer to both of them eventually being engulfed by the black hole, while the other is ejected at very high speeds.

This is the third fastest star whose speed has never been measured. The other two have been pushed during the supernova explosion, when when, after spending all of its energy, a star collapses under the influence of its own gravitational force, which causes a giant explosion.

This star moves at that speed (ten times faster than most stars in the Milky Way), so that it will emerge from the Milky Way in a hundred years before traveling alone through intergalactic space. According to Australian National University (ANU) astronomer Gary Da Costa in Canberra, S5-HVS1 will continue to function and eventually become a "white dwarf", a dense residue of dead stars.