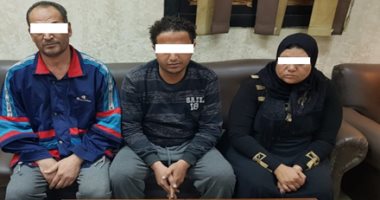 "Getting Umrah," the latest monument to the gang that targets women in the delta to grab their jewelry, where they were captured and claim to have done a lot of facts.

In their confession, the defendants said, before the investigation body, we thought of ways to get money, in an easy and simple way.

Gang member, led by Ahmed, a 26-year-old unemployed man and Sanaa, a 39-year-old housewife, said they had committed six incidents in this way and that they sold stolen items to a jewelry store in Bandar Itad al -Baroud, who has been arrested to find out that the jewelry was stolen.

The security service received a report from the woman stating that they had been robbed by the gang, the suspects were arrested and the stolen items were returned.