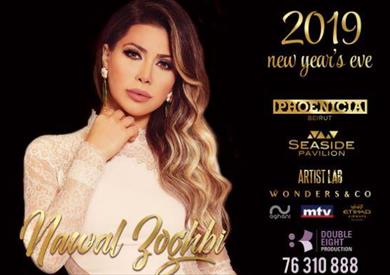 Nawal Al Zoghbi will appear at the end of next month as part of the New Year celebration.

Beirut welcomed the New Year's Eve meeting with two celebrations ?
This hotel is located at the Venetian Hotel and Pavilion.
We will celebrate with 2019 New Year's Eve at Phenicia and Seaside Pavillon .. can't wait for ❤#nawalelzoghbi pic.twitter.com/WmuZkdd1pX