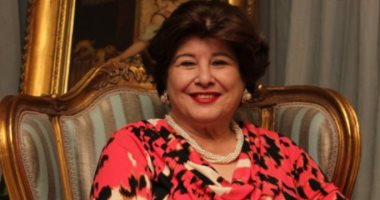 Big media reported Farida al-Zumar expressing his anger at the spread of his death, and several sites publicizing the news of his death, commenting on his "seventh day": "Thank God I am fine and currently at my house and enjoying good health, but what am I upset From my rumors and death, some sites published the news, which upset my daughter and made her horrified, until she came to my apartment now before dawn to rest.

Al-Zomor said: "The promoters of this rumor are God-fearing, because the obituary must be confirmed by the first publication, so as not to disturb others, I did not pay attention to the news as much as my daughter's horror in Hind Rashad's media, but in the end I love you love I saw him from my friends, my family and my grandfather because they were very worried. "

Meanwhile, media commentator Hind Rashad, daughter of big media Farida Al-Zomor, commented: "God is the best agent in everyone who hears rumors about people, and I praise God for Mama. Now I feel that I was born back."

It should be noted that the media of Farida Zomor is one of the most well-known media Maspero, which has provided many important programs on its screen, and has taken several leadership positions in it.