Veronika Žilková before moving to Israel: It was rejected in sadness and nostalgia 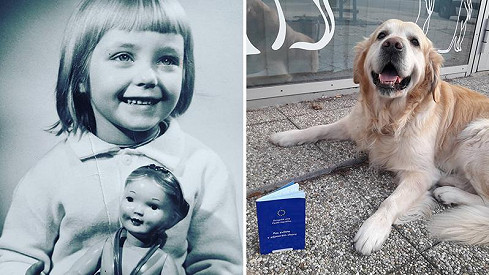 Actress Veronika Žilková (57) faces a difficult choice. He must decide whether to follow her husband, Martin Stropnicky (61), to Israel, where, as a new ambassador, he begins his mission or prepares for a long separation. He chose the first option. But he also meant to him that he had to leave home and part of his family.

Israel Zilkova traveled in February, according to the latest information, but has arranged trips. When packing a suitcase, personal items are being passed, and when it comes to the photo archive, it is an atmosphere of nostalgia. "Me and my first doll … I look like an actress from a 50s movie," he commented on Žilková's photo on Instagram.

More and more, however, it also makes him sad. For a long time he had to say goodbye to his mother, Olga, his children, and grandchildren, who would see it sporadically, because he would only return to the Czech Republic due to several work commitments.

The actress will fly away only with her daughter, Kordula, who will join American schools since February, and with Pipa, which should be supervised by sons. "Pipo fixes Martin and is sad after him, and I know Martin is also missing. Even though we think that a boy will take care of him after we leave, he will fly with us," Zilka Aha said. ■