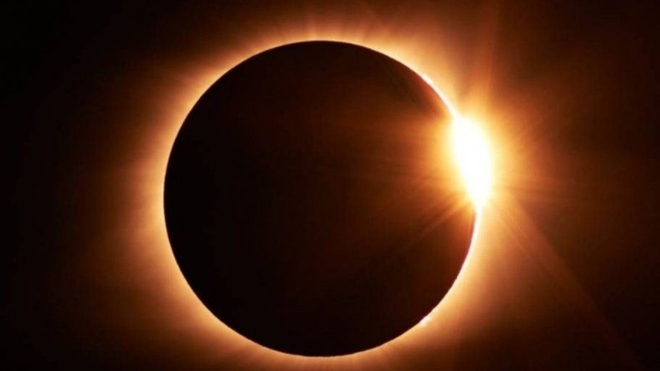 ENext Monday, December 14, will be the last total solar eclipse of 2020. This is seen throughout much of South America, also in Africa and in the Pacific and Atlantic oceans.

This phenomenon, which has not appeared since 2 July 2019, can be observed from French Polynesia, in the westernmost region of Antarctica, in the region. The Chilean continent and islands, in Bolivia, Argentina, Uruguay, Paraguay, in parts of Peru, Ecuador and Brazil, on several islands in the Atlantic and in the southwest region of Africa.

The entire solar eclipse can only be seen in a few southern regions Chile and Argentina. In Colombia it will not be easy to appreciate because it is in the north of the continent and is estimated to last about two minutes and can be seen from 13.03 hours.

Because this is one of the most interesting astronomical phenomena, where the Moon and Sun interfere cast his shadow, the Chilean authorities, a country where the phenomenon will be seen as a whole, they recommended that people observe it with certified glasses and also, because of the coronavirus pandemic, they asked that there be no concentrated crowds.

Avoid crowds, wear a mask and don’t forget to wash your hands. To #EclipseResponsable, take the necessary precautions and safely enjoy this extraordinary natural phenomenon
More information at https://t.co/hYmvvoX6kspic.twitter.com/uSmPtKMCRs

There will be several countries that can witness the solar eclipse. In South America this natural phenomenon is seen in Bolivia, Paraguay, Uruguay, Peru, Ecuador and southern Brazil. In Chile and Argentina, eclipses can last for about two minutes.

In other parts of the world, the eclipse will be visible on several islands in the Atlantic and parts of southwest Africa.

Although there are several countries in South America where the solar eclipse can be observed on December 14, unfortunately the eclipse will not be seen in Colombia, Venezuela, Central America, and Mexico.