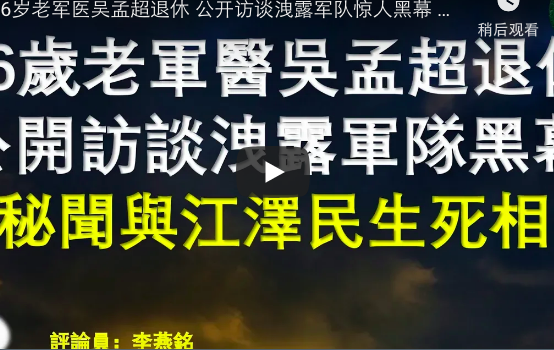 On January 14, Wu Mengchao, a 96-year-old member of the Chinese Communist Party, Chinese Academy of Sciences, and Dean of the Eastern Hepatobiliary Surgery Hospital of the Second Military Medical University, announced his resignation. The People's Daily of the Chinese Communist Party gave famous publicity and praised him as a "great village doctor". However, according to outside investigations, Wu Mengchao, a "big country doctor", has been doing work to take Chinese organs for more than a decade. This is really a "great magic doctor".

─ ─ transferred from "comments Li Yanming" This article only represents the views and statements of the author.