Welcome to the first edition of the art career, Opera Verdi, complete the complex of each tenor
from 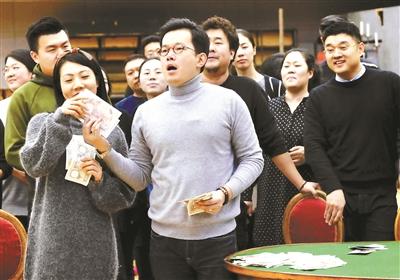 On the afternoon of January 19, famous singer Shi Yijie delivered the first edition of his artistic career, Verdi's opera "La Traviata" at the National Center for the Performing Arts. He starred in drama as the main actor.

On January 16, in an exclusive interview with Beijing's Daily Youth reporter, Shi Yijie expressed his longing for the upcoming "La Traviata", saying that "every tenor has a song" La Traviata "." As popular singer Singer Gao Yin, he admitted that he did have many invitations, but he did not take the drama, he thought that it was very important to be a self-discipline singer. "There are too many temptations outside, but only with temptation, art life can last longer."

Origin of a new drama

As the main character of the 40th opera he starred in, playing Alfred in "La Traviata" can be said to be Shi Yijie's dream. He told reporters that 12 years ago, when he retired and practiced, he studied 12 operas. The first is Mozart "Magic Flute", and the second is Verdi "La Traviata". "Because I was young, I felt that the thickness of my voice was not enough. I felt that I couldn't do it. I just studied the notes and planned to sing this classic opera after I was 35 years old."

"La Traviata", which originally worked with the National Performing Arts Center, was conducted in January 2020, but for some reason the film was developed until January 2019, just in time with another Lehhard comedy, "Smile" which was displayed in Hungary. The kingdom hit the stage. After many attachments, Shi Yijie still chose "La Traviata" which he dreamed of.

Even though I had studied this opera 12 years ago, Shi Yijie remembered that after the completion of the study, the score was sealed and his movements did not move. "I will change it again after 12 years, except for" Drinking Songs "and other familiarity. Except for singers, the others are hardly recognized."

So Shi Yijie started preparing one month before. He told the Beiqing Daily reporter that with age, the rear spectrum speed slowed, but he had a good way. "I like to copy scores, I often copy scores, I often fold A4 paper into four pages and copy all the scores on it." He also showed "cheat sheets" like a reporter, and both sides were full of words on both sides. "This method is good, you can watch it anytime in your pocket."

When do I have to sing what is sung?

Shi Yijie had his own rules, he started from the role of light lyrical tenors in opera composers like Mozart, Rossini and Donizetti, but he was very clear that the direction of his future development was lyrical tenor. He knew what he had when he first started learning vocal music, so before he participated in several competitions, he sang according to the lyrical tenor, but when he was in his 20s, he wanted to sing the protagonist, only Rossini and Mozart whose lyrics were lighter . Treble role, "The hardest thing for an opera actor is the first five years. From a blank piece of paper to an adult singer with a little accumulation, five opera a year in five years, that hurts. Forward."

Now, Shi Yijie has the right to vote. In 2013 and 2014, he began to make more efforts towards the lyrical tenor. Starting in 2014, he first played in France, and then played the Donizetti "Family" in Austria. This drama is a sensation in the songs of Rossini and Donizetti. In 2015, Shi Yijie took over the Donett "Lamimore & Lucia" opera, which had a similar weight to "Family", and performed in Florence. Then in 2017, Shi Yijie chose the Santiago Chile Opera House to sing "Rigoletto" Verdi. The reason for this arrangement, Shi Yijie told Beiqing Daily reporters, "In fact, the Duke of Mantua from" Rigogo "was more suitable for me than Alfred from" La Traviata "because of the range of Mantuaby Alfred. A little higher, Alfred has many sound zones, Mantua is a bit higher, and a little more difficult for a slightly heavier tenor to sing Mantua, which is right for my light lyrical tenor. Alfred has a slightly more sound zone, and he needs a fuller tone. He should sing in 2020, and then progress to 2019. "

In addition to "La Traviata" is a relatively mainstream opera, Shi Yijie will also take on a number of lower performing opera in the world, and is willing to play lower-looking dramas. He said, "Even if you don't play often, this will change the status of this game in my mind. For example, the drama I like in my heart -" Family "is rarely played, but I like some tenors."

Shi Yijie had his own set of theories in the game. He believes that self discipline as a singer is very important and cannot be confusing. "There are many temptations in this industry, especially when young, it's hard to resist all kinds of temptations. Too many examples, their heads faint, and the game is out of control. After a few years, the scorpion sings badly. Because his artistic life can last longer, when singing what is sung. "For some modern dramas, it is difficult to determine. With a light or lyrical tenor, Shi Yijie will warn himself to use his voice wisely," Don't destroy it, but use the best. "

Adjust the progress of two new dramas every year

The schedule has been scheduled for 2022

Not only to sing foreign opera, but Shi Yijie who sang Chinese songs can also capture the audience strongly. He had heard his listeners sing "Guan Yu" and "I Love You China".

In fact, Shi Yijie, a native of Shanghai, often says that Mandarin is not standard. Nasal and postal nasal sounds are not clear. For this reason, every time he sings Chinese songs, he will look for a dictionary and mark the front and post nasal. "When you sing Italian, you often mark a lot of details clearly, because it's not our mother tongue. Often it's because Chinese is our mother tongue, so some of the pronunciation is easily ignored, and the phonetic symbol can be better. Communicate feelings."

Shi Yijie has now adapted from the progress of the five new dramas in the early years into two new dramas each year. In Shi Yijie's view, it takes a lot of time to produce good work. Years of experience in the show enabled him to collect his own standards. Besides the clarity of the singer, a singer also expresses emotion through the color of music. "All songs are music, sound and emotional. Being weak, not using strong are strong emotions. Sometimes the most touching is a weak voice. The most difficult thing to sing is a weak voice. Dare to use this weak voice to express deeper feeling inside. "

It is not an easy task to make an appointment with Shi Yijie. Its performance plan is scheduled for 2022. The Grand National Theater features Donizetti's opera "Lamimore's Lucia" and Cournot's opera "Romeo and Juliet, the Vienna State Opera presents Verdi" Fastav ", and Ovieto, Spain, sings Bellitan" Puritan "and all five other operas were all confirmed.

In the face of the emergence of mild tenure in the international opera world in recent years, Shi Yijie said that he was not worried about fierce competition. "In fact, two or three excellent singers will come out every two or three years, and finally they will be sung by the theater. Standards are still very little, and the market is still quite large, as long as the theater is thinking of letting me go every two or three years. "I have a job." Wen / reporter Lu Bingtian