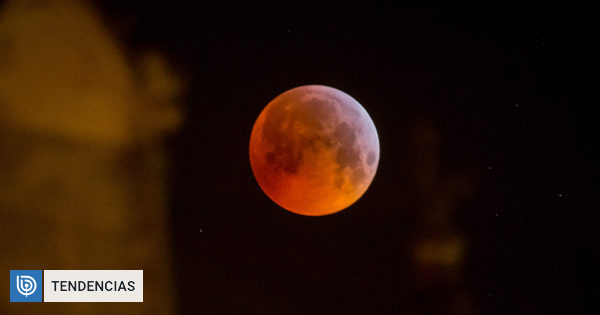 A series of unusual heavenly conditions happened on Sunday night to hide it Luna which then reappeared in pale red in a total eclipse that captivated observers in America, Europe and Africa.

In Mexico and Los Angeles, from Paris to Uarzazat, the eye looked up at the sky to observe the phenomenon, around midnight for the American continent, shortly before dawn for mainland Europe and Africa.

The eclipse lasts about three hours: the first hour when the full moon is gently swallowed by the shadow of the god Earth, then one hour from the total eclipse and finally one hour when the Moon increasingly reappears full and bright.

The moon is "Super Moon", the term used when satellites are at a relatively close distance from Earth, around 358,000 kilometers, so that is greater than usual.

In addition, to the east, Venus and Jupiter shone in the night sky.

During the total phase of the eclipse, the Moon appears painted in red or pink. Americans call this effect "Blood Moon".

Coloration is caused by the fact that during a solar eclipse it has a direct impact on the Moon because the Earth is in the middle. This sunlight is filtered by the atmosphere: red rays are diverted to the inside of the cone of the shadow and, therefore, towards the Moon, while the blue rays diverge outwards.

In London, astronomy fans are unlucky: clouds obstruct the view. But residents of Villa Nueva, in Guatemala, Montevideo, Mexico, Miami and Paris have the sky open for spectacle.

Total or partial lunar eclipses occur at least twice a year, said Florent Deleflie, an astronomer at the Paris-PSL Observatory, even though they are nowhere to be seen.

Very rarely can you observe total eclipse. The one on Sunday is the last until May 2021.

The last time the total eclipse was observed from Europe was in July 2018. The next opportunity is in 2022, but the total seen from all continents can only be seen again in 2029.