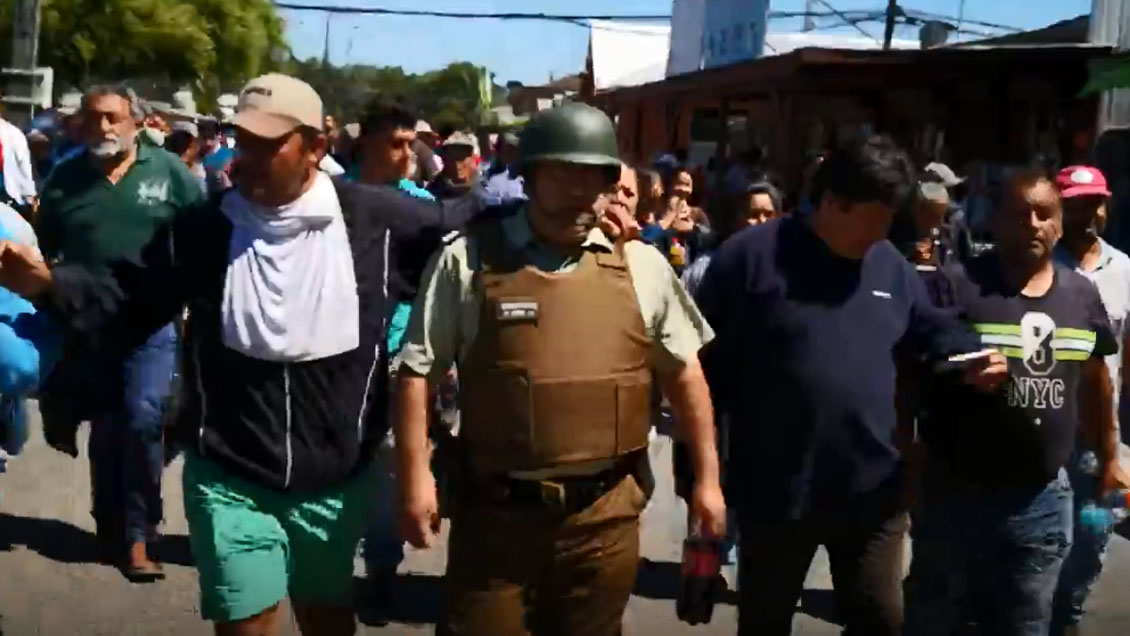 The confusing and unprecedented incident was recorded this Friday afternoon between artisanal fishermen and the Carabineros, in the context of the new protest over the questionable Sotong Law, in Toltén, La Araucanía Region.

At this afternoon hours, a group of fishermen kept the carabinero "maintained" for several minutes and demanded to "exchange it" with a captured leader for work disorders and abuse in the morning.

After the police agency treated the incident as "kidnapping," the leaders decided to release him unscathed after negotiations, the union reported.

The video distribution of the program showed a Special Forces official strongly criticizing the demonstrators: "If you have a carabineros, it's a kidnapping, I'll tell you altiro (sic)."

"Here we stop talking, we will intervene, I want Carabinero here, it is kidnapping," he warned, although later he was kinder.

Meanwhile, besides this episode, the fishermen condemned "point-blank" shots by the Carabineros during the demonstration in the commune.

"We have been injured at this time because of clashes with the carabineros, defending something that is appropriate for us, sustainable fisheries, which are 100 percent selective," said the president of the ship owner Queule, José Miranda.

"Today, some traditional fishermen are shot at close range and they are treated. Some lost teeth, others immediately shot protesters in the face, "he said.