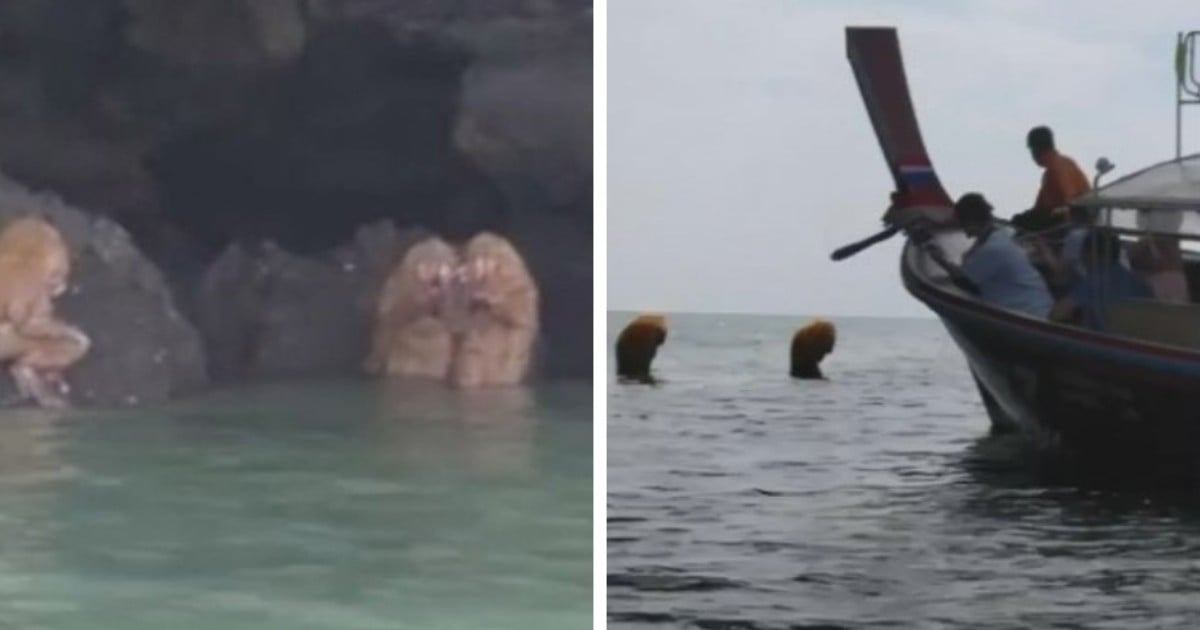 A group of tourists rent a boat to navigate one of the paradise beaches on Taliandia with the aim of spending moments of peace and quiet. But he was really surprised when they walked calmly and suddenly they found a family of "troll monkeys similar to ewoks" in Railay.

Some creatures they walk around shallow waterswhile others are on the edge of the rocks. According to British travelers, Strange situations are also accompanied by another rarity: these creatures play a kind of harmonica with a "cacophonous sound".

One of the tourists upload videos to Facebook where a disturbing scene is seen along with the following inscription: "We kayak around Railay Bay in Thailand, we turn into a cave and we are faced with the most real and strange situations that have ever been experienced: troll creatures like Ewok who participate in several cacophonous rituals in water. It lasts for around 30 minutes! "He wrote on the wall of his social network Jemayel Khawaja while he asked himself:" What happened here? "

The enigma about who this character will be solved a few hours later. Monkeys they are really actors who perform and the voice came from a traveling singer named Tori Wranes, who was in charge of performing a strange scene with a local Thai couple group Biennale.