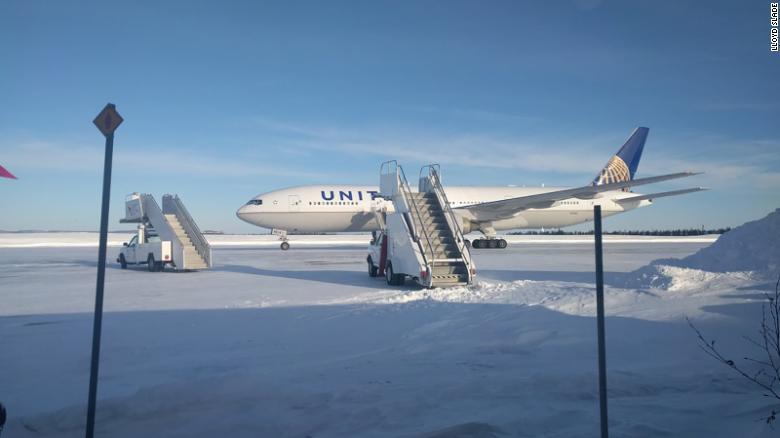 Passengers on United Airlines planes departing from Newark, New Jersey, to Hong Kong they were stranded on the track for more than 14 hours in an ice climate and with a decrease in food supply.

The nightmare began when a flight at 3:05 was diverted to Goose Bay airport in Newfoundland, Canada, due to a medical emergency. The plane landed there at 9:31 p.m. Atlantic time (20:31 a.m. ET time), when a medical officer went to fill the plane and a passenger was transferred to a local hospital.

Also read: A large price difference when buying a ticket two months before

But when the flight is ready to take off, He has a mechanical problem.

That's when the wait began.

Passengers are not allowed to leave the plane because of the Goose Bay airport I don't have a customs officer on duty during curfew. Saturday changed to Sunday, and flights remained on land.

Sonjay Dutt, a passenger on the plane, said on Twitter that the plane's door was broken and that they are stuck on the board while the temperature drops to -20 degrees Celsius outside. After waiting for hours, he began tweeting United for help, saying they were running out of food.

Also read: The human heart is wrong in the plane and the flight must return

United brings food to passengers and "The crew did everything possible to help customers, "said the airline spokesman.

Finally, after more than 14 hours, Dutt can get off the plane with other passengers. "It's a very, very, very long day", he tweeted.

Lloyd Slade, another passenger on the plane, said that "Very tired, right now" on Sunday "The cabin crew is very nice and very useful (United office, not so much).

An alternative aircraft carrying food for passengers was sent to Goose Bay to transport customers back to Newark.

"We apologize to our customers and our crew did everything possible to help them during the delay, "the company said.