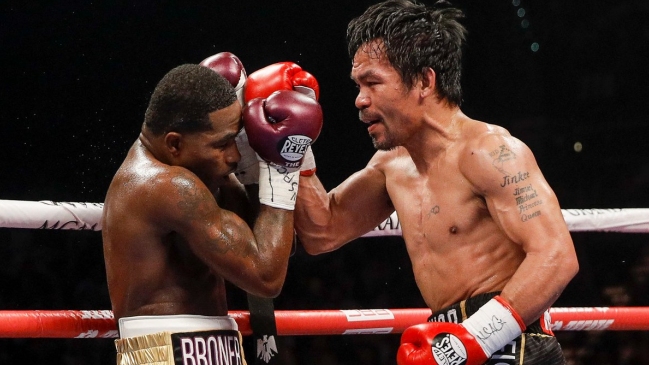 Philippine warriors Manny Pacquiao Validating the welterweight title, version World Boxing Association (WBA), by defeating Americans Adrien Broner with a unanimous decision and immediately challenged Floyd Mayweather Jr. so he can return to the ring and they can face each other in the rematch.

For now, Pacquiao, 40, has fulfilled a promise that he can still do important things in the ring and show them to rivals who have not given him the choice to fight for the title.

Besides that, Pacquiao continued to get great support from fans, because 13,025 attended the MGM Grand Garden Arena to watch the fight against Broner.

"I feel very happy because I did my best in the fight and in training, thank God for this victory. I am very happy because God gave me this good health. At the age of 40, I can still give my best", Pacquiao stated, then sent his message to Mayweather.

"Tell him to go back to the ring and we will fight, I am willing to fight with Floyd Mayweather again, if he wants to return to boxing," said the Philippine champion.

Mayweather Jr., as one of the promoters that night, was in the front row and, without hesitation, watched Pacquiao carefully considering the possibility of a rematch he and Pacquiao spoke in Japan, last September, during an informal meeting

Both of these fighters starred in 2015 the unification of the welterweight race won by controversial Mayweather Jr. and it generated the highest cash income in the history of boxing with 600 million dollars collected.