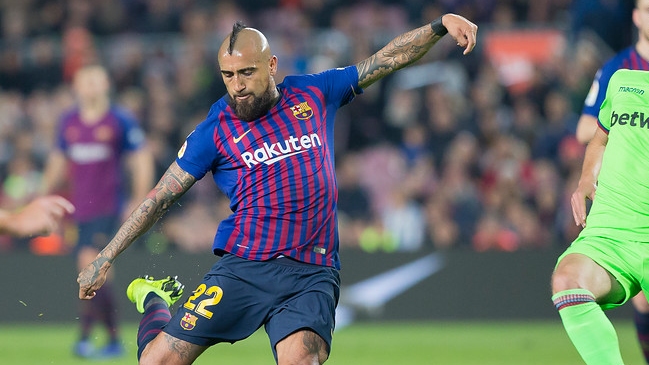 Uruguay attacker, Luis Suárez, highlighting the great adaptation that the Chilean midfielder has Arturo Vidal enter FC Barcelona, after his good performance in the last match where he participated.

In conversation with Fox Sports, The striker "charrúa" said that "Arturo has entered the team spectacularly, he has adapted very well to what Barcelona is. He knows the role he plays and that is very important. "

"You see it with a lot of ambition, eager to help the team and get important things, "added the attacker.

On the same line, Suarez said that in the Catalan cast "there were many South Americans, now Jeison Murillo also arrived, and that gave a good sign, that South America is not far from Europe as some say. "