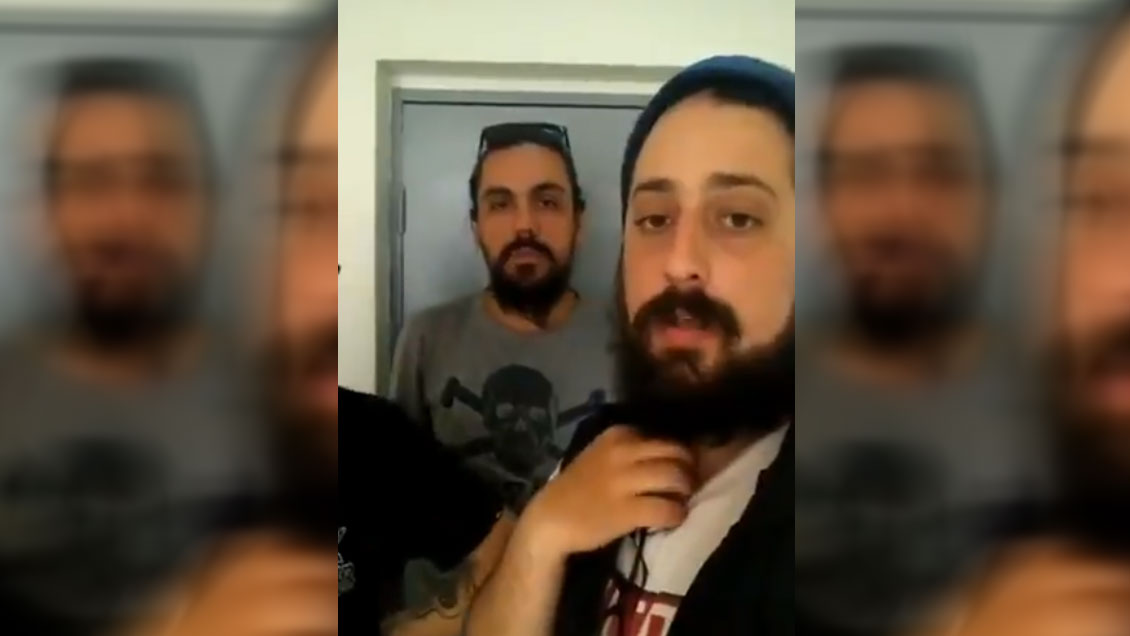 Three Argentine journalists criticized that they were detained in Chile waiting to be deported because of content owned by professionals on their social networks.

Argentine reporter Nazareno Roviello, Andrés Masotto and Leandro Díaz del Campo They stressed, in a video published on social networks, that the Investigation Police (PDI) told them that they could not enter the country because their publications "incited hatred".

We are illegally detained in Chile.
We accept help from different people and organizations, but we need attendance at the airport.
We need to guarantee our safety.

Roviello said that "without giving us an explanation, they held our documents, took us to a room, made us wait, then made us leave one by one," after that "They told us that they would deport us because there were photos on our social network that sparked hatred"Button.

🔴 Urgent: Argentine journalists Nazareno Roviello, Andrés Masotto and Leandro Díaz del Campo are being held at the Santiago Airport, where the Chilean state intends to deport them for their social network content. pic.twitter.com/HeoXQOQR1J

The Buenos Aires Union Press, which published the video, demanded the immediate release of professionals and urged " The Chilean authorities guarantee security and freedom of expression Argentine media press workers who cover social protests in your country. "

Chili lawyer Gabriel Alemparte said that the PDI told them that three Argentines would be deported by the Homeland Security Act.

We are in contact with several lawyers, with 3 Argentine journalists being held at the Santiago Airport. They came to cover the demonstration @PDI_CHILE He said he would deport them with Internal Security Law. They were locked up for no reason. @Minrel_Chile @Cooperative