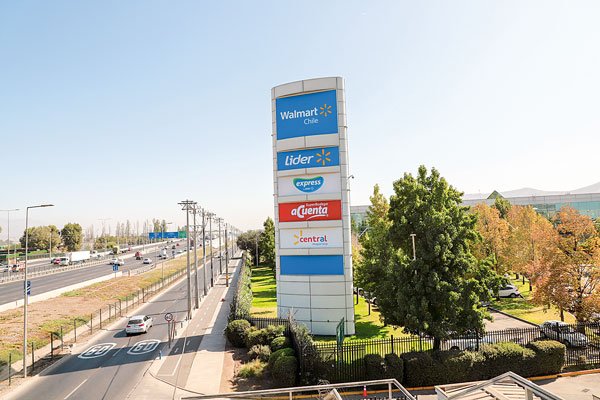 The grouping associations of Agrosuper, CMPC, CCU and Carozzi sued supermarket parent company Líder before the Free Competition Defense Court. He is asking to be fined more than $ 9 billion.

A new dispute has arisen between the Supplier Industry Association (AGIP) and Walmart, the American giant that operates the supermarkets Lider, Ekono and Acuenta in Chile. The unions that classify large companies – such as Agrosuper, Softys, CCU, Carozzi, Coca-Cola Andina, Ideal, Nestlé, Soprole, Pepsico and P&G, among others – are suing supermarkets for abusing their dominant position.

“Walmart, both by itself and through related parties, has abused its dominant position in the supermarket supply market, by imposing on its suppliers certain service contracts and also assigning arbitrary values ​​to them” said the lawsuit signed by AGIP’s historic president, Vasco. Costa.

In its legal action, the union requested a fine of 15,000 Units of Annual Taxation against Walmart, that is, more than $ 9 billion and that an external arbitration body be imposed on the company, at its expense, which the Member is appointed through a mechanism involving the Office of the National Economic Prosecutor and the Chamber. Trade Santiago, which resolves in one instance and in a period of not more than 30 days the dispute filed by the supplier.

Regarding the merits of the lawsuit, AGIP asked the Competition Court to stipulate that suppliers should always have the option of choosing between their own substitute services and supermarket services.

If the supplier chooses to replace the supermarket, the association requires the service to have compliance parameters, with Walmart having to send monthly reports to each supplier; that a re-adjustment polynomial is made for each provider that avoids – he said – the exercise of market forces, and that a “swift” mechanism is in place to terminate the service if the provider deems it appropriate.

In the event that TDLC determines that Walmart has the legal right to enforce internal replacement of the products it acquires, AGIP requests that it be declared consistent with the activities of the supermarket, which it requests for the supermarket. cost accordingly.

Another point that the union claims relates to centralization. In this case, the union asked TDLC to certify that the supplier could choose between direct delivery to Walmart’s space or to its distribution center.

In its lawsuit, in the event that the supplier chooses to deliver goods to a supermarket distribution center, the union asked the court to link the cargo to a logistical element, namely the weight and volume of the product carried. and not at the price, as it has criticized, as North America has criticized.

Regarding this complaint, the union also asked Walmart to send monthly reports to each supplier, as well as a polynomial for tariff readjustments and an accelerated mechanism to terminate the service.

In the event that TDLC claims that Walmart has the legal right to centralize its acquired products, AGIP requires TDLC to certify that this is consistent with the typical activities of supermarkets, which Walmart assures – should bear the appropriate costs.

AGIP demand comes at a time when large suppliers are trying to deepen their own logistics chains. There are even companies like Coca-Cola and CCU that offer home delivery to their customers who buy from their web page.

The executive from the supermarket industry, who requested reservations, emphasized that, for suppliers, the centralization carried out by Walmart (with the inauguration of the large distribution center El Peñón in San Bernardo) is bad business for them, because They have an entire network established nationally, in where they deliver the product to the supermarket with the same truck, but also to other distributors, such as a neighborhood shop.

“Relations must be governed by the principle of free competition”

Walmart Chile reacted to the request, noting that it had not been informed, but stressing that – in his opinion – “we are always concerned about creating good, long-term relationships with all of our suppliers, as they are an important part of the supply chain”. The company added that “we believe that our relationship with our suppliers should be governed by the principle of respecting free competition, in which we work to establish transparent objectives, terms and conditions that are known to both parties in advance.”
Regarding the El Peñón distribution complex, the company explained that it is a “Logistics Center that allows suppliers large and small to distribute their products in our supermarkets,” highlighting that it enables them to promote omnichannel.

Niemann intractable: big day for Chileans in Mayakoba and is one of the first places | Sports

Find out when Game Awards are and how to vote for your favorite games!

Happy Latin American Medicine Day !: We will continue to be united, in this struggle for life