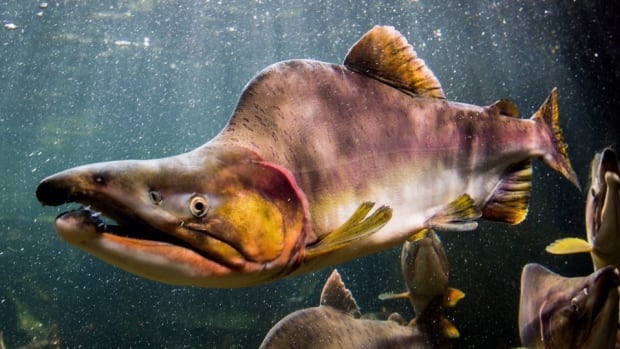 Over the years, scientists have identified dams, pollution, and ship noise as the cause of the decline of the Northwest Pacific population killer whale. Now, they may find a new and more surprising cause: pink salmon.

Four salmon researchers examined the data on the Pope's Research Center website, which studied orca, a few months ago when they saw a surprising trend: over the past two decades, more whales have died in even years. odd year.

In a newly published paper, they speculate that this pattern is related to pink salmon, which returns to the Salish Sea between a large number of Washington and Canadian states every year.

They are not sure how the two species relate. They suspect that a large wave of pink salmon, which has grown rapidly under conservation efforts and changes in sea conditions in the past two decades, could disrupt the whale's ability to hunt their chosen prey, Chinook salmon.

Given the dire circumstances of the Orcs, which according to officials were on the verge of extinction, the researchers decided to publish their findings without waiting to investigate the cause. 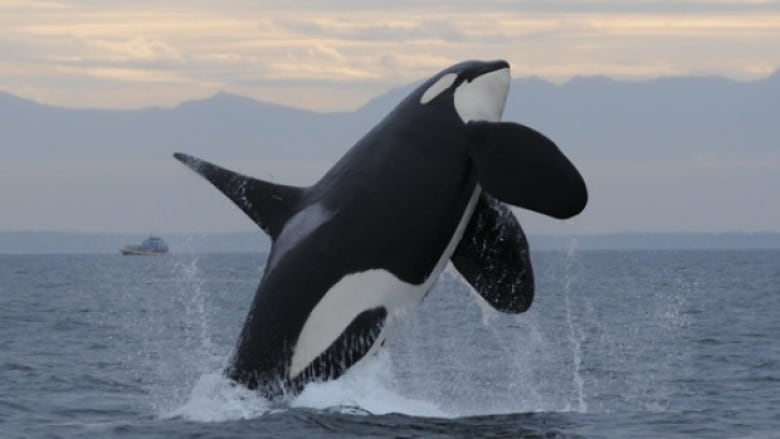 Researchers speculate that the increasing amount of pink in the Salish Sea during odd years has disrupted the echolocation used by orcas to hunt. (Dave Ellifrit / Pope Research Center)

"The main point is to convey to the public about this biennial pattern so that people can begin to think of this completely unexpected important factor in the decline of this whale," said one of the authors, Greg Ruggerone. "It's important to better understand what's happening here because it can help facilitate the act of recovery."

Ruggerone, president of Seattle-based Natural Resources Consultants and former chairman of the Columbia River Independent Scientific Advisory Board, and other authors – Alan Springer from the University of Alaska in Fairbanks, Leon Shaul from the Alaska Department of Fish and Games, and independent Researcher Gus van Vliet from the Gulf Auke, Alaska – has previously studied how pink salmon competes to prey on other species.

When news stories recorded last year's struggle for orcas – a whale carrying a calf that died for 17 days in a real effort to revive it – four biologists saw data on the Pope's Research Center website. Thanks to previous research, it only took them a few minutes to recognize trends that escaped the attention of other scientists.

"We know that there are good years for whales and there are bad years, but we haven't put it together that it's a biennial trend," said Ken Balcomb, the center's founding director, one of the leading experts in the field. – The southern whale killer calls. 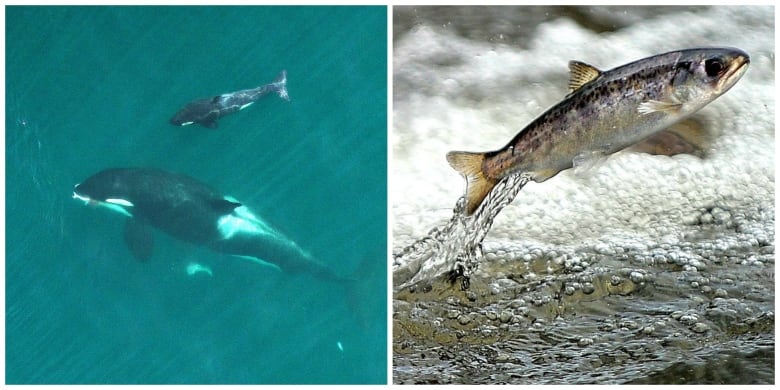 A study in 2017 showed that more than 98 percent of the food of southern inhabitant killer whales is Chinook salmon. (Vancouver Aquarium / NOAA / Jamie Lusch)

Further analyzing the data, the researchers found that from 1998 to 2017, when the whale population declined from 92 to 76, more than 3.5 times more newborn and older whales died during even-61 years, compared to 17 in odd year. During that period, there were 32 successful births during odd years, but only 16 births during even years.

The biennial pattern did not exist during the previous 22 years from 1976 to 1997, when the whale population recovered from an attempt to capture orca for display in the aquarium, the researchers said.

But in 1998, the salmon harvest was restricted amid efforts to increase decay rates by overfishing, pollution and habitat loss. Strong changes in sea conditions occur around the same time, benefiting pink salmon especially by increasing the abundance of zooplankton, which is mostly pink salmon food.

The combined effects of ocean changes and restrictions on fishing have been very beneficial for pink fish, which are by far the most abundant salmon species in the North Pacific. When they return to the Salish Sea, there are around 50 for each larger and fatter Chinook. Nearly all pinks return to their birth stream in odd years, completing their two-year life cycle, unlike other salmon, which stays in the sea for longer.

Meanwhile, Chinook populations continue to struggle – the rarity of Chinook is seen as the most severe threat to the orcas – and many scientists say they will continue to do so unless four dams on the Lower Snake River are violated. Researchers speculate that the amount of pink that blooms in the Salish Sea during odd years has disrupted the echolocation used by orcas to hunt chinooks which are increasingly rare. Orcs almost never eat pink salmon.

Because whales are very large mammals, according to the theory, the pressure caused by pink in odd years will not affect their mortality and reproduction until the following year – and that is why more people die in even years.

The researchers also hypothesized the opposite: that the presence of pink somehow increased orcas hunting, increasing their survival in odd numbered years – even though they said they had no reason to believe that was the case.