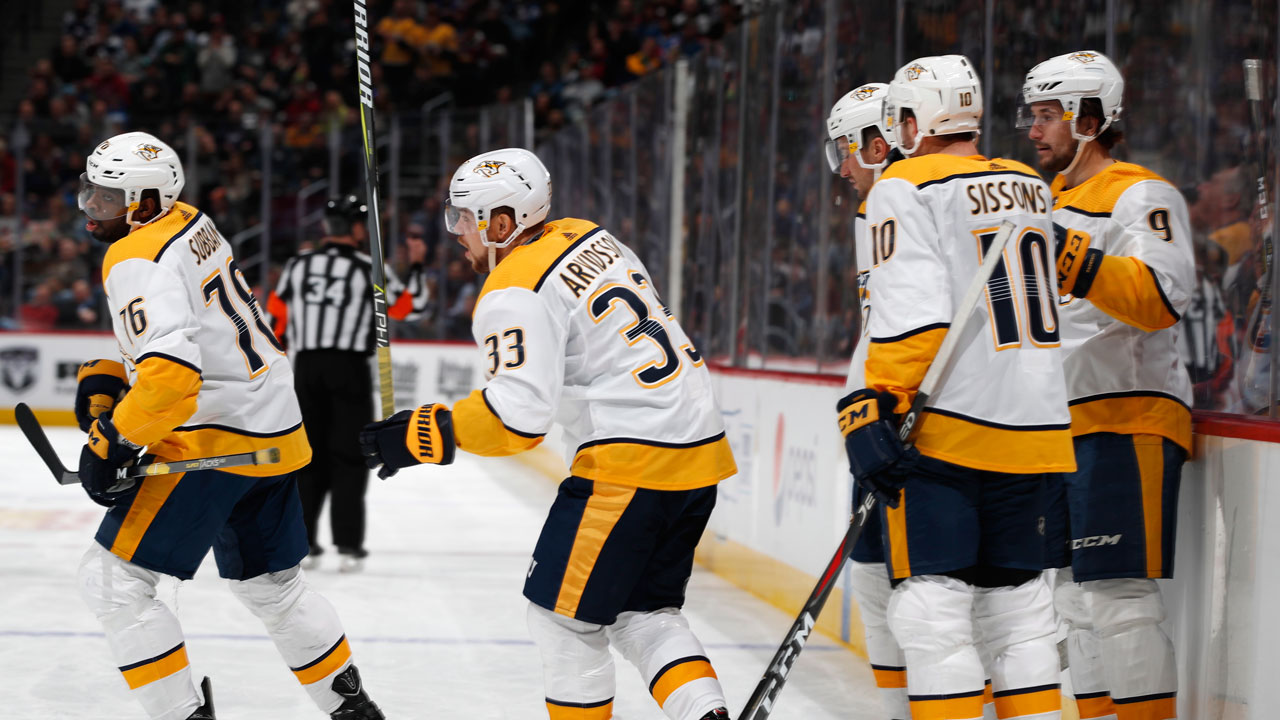 DENVER – Peter Laviolette and his goalscorer have a lot in common – both are proficient in the art of deflecting.

In Laviolette's case, it was too much praise after winning No. 600 as NHL coaches.

"Tonight is a team victory," said the coach of the Predators.

On Monday's landmark for Laviolette, Pekka goalkeeper Rinne stopped a penalty when making 35 saves and Nashville made Colorado Avalanche 4-1 down.

Laviolette became the 20th coach in NHL history to reach the 600-victory milestone and the third this season when he joined John Tortorella and Claude Julien. Laviolette also has assignments with New York Islanders, Carolina Hurricanes and Philadelphia Flyers before stepping up with Predators in 2014-15.

He gave many praise to his players for this achievement.

"Defeating several defeats and facing Colorado, the team behind us in the standings, is an important victory for our people," Laviolette said. "I am only grateful for not only this team but also the previous teams. This is an accumulation of four different teams.

Nick Bonino and Viktor Arvidsson made a score of 1:34 in the second period, while Roman Josi added others and Ryan Ellis contributed netter late from his zone. Predator retained their control over landslides, beating their Central Division rivals for the 12th time in 13 recent regular season meetings.

Rinne was confused to explain that success.

"We seem to fit quite well against them. At the same time, I have a lot of respect for that team," Rinne said. "That's a very good hockey team."

Alexander Kerfoot has the only goal for the Avalanche squad which dropped five out of seven.

Colorado came with a 7-1 win over Los Angeles on Saturday where the team tied a franchise record with six goals in the second period. Goal scoring activities are not carried away. The Avs haven has not won two straight matches since the end of November.

"I have no problem with the way we play today," Colorado coach Jared Bednar said. "We made a couple's mistake, they used uppercase letters. They also made a lot of mistakes, we didn't use them. For me the difference is Rinne."

Rinne's biggest save occurred with a penalty shot by Matt Nieto in the second period to keep the game goalless. Bonino was immediately followed by a shot between the pads of Semyon Varlamov. Predator is 23-2-1 when scoring the first goal.

"I tried," Nieto said of a penalty shot that was thwarted by Rinne's right-hand pad. "That didn't work."

Bonino sighed in relief. In the game, he tried to lift Nieto's stick, which made Nieto in hand and led to a penalty shot.

"(Rinne) is ready – cool, calm, collected – and doing a good save," Bonino said.

Moments later, Bonino scored the 100th NHL goal. Arvidsson then improved the lead with his 11th goal in 14 matches since returning from a broken thumb.

Kerfoot made it 2-1 with a tip-in at 16:43 in the second half, but Josi quickly returned a two-goal cushion by lifting Varlamov's shot after a pass from Austin Watson.

The first period was filled with lots of encouragement and a few punches. Everything got a little hot when Watson was offended by Avalanche defender Nikita Zadorov giving a big blow to his team-mates. Watson challenged Zadorov to drop the gloves, and they retreated before being separated and sent to the penalty box.

Nieto made Predator nervous later in the period when he stopped in front of Rinne, sending an ice spray to the goalkeeper's face.

Avalanche All-Star striker Mikko Rantanen returned after missing the third period against Kings with a lower body injury. He said on training Sunday that "everything is fine."

Their last game is another matter.

"There are a number of positive things," said Rantanen. "But it's hard to find the back of the net."

NOTE: Predator C Ryan Johansen made the second suspension of two matches because he played hard at Winnipeg's Mark Scheifele. … Landslide D Erik Johnson (head) is in a concussion protocol and skipping matches.

Predator: The second of three matches will take place Wednesday in Las Vegas against the Golden Knights.

Landslide: Host Minnesota on Wednesday before not playing again until February 2.