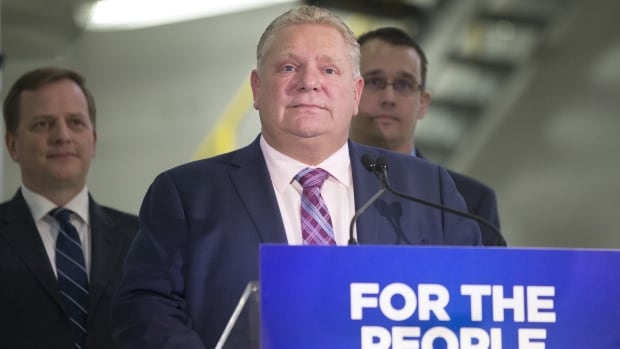 The Ontario Government has appealed to the Canadian Supreme Court to re-examine the decision of the provincial high court which found the federal price for carbon to be constitutionally feasible.

In a statement released Wednesday, Ontario's Environment Minister, Jeff Yurek said the Ford government remained committed to "using every tool we have" to counter the Greenhouse Gas Pollution Price Act, set by the Liberal government of Prime Minister Justin Trudeau in April .

"We have seen very real costs to the people of Ontario," Yurek said.

In June, the province under Prime Minister Doug Ford lost his case before the Court of Appeals.

Manitoba, Saskatchewan, Ontario and New Brunswick – all led by Conservative governments – have rejected Liberal federal demands to impose their own carbon levies. That prompted Ottawa to impose its own taxes in the provinces, which began April 1 with $ 20 per ton and will rise to $ 50 per ton by 2022.

The ruling United Conservative Party in Alberta also promised to file lawsuits over the upcoming federal tax for the province. One of the UCP's first steps after winning the April election was to cancel the provincial carbon tax imposed by the previous NDP government, causing Ottawa to announce a federal levy that will now take effect there on January 1.

Just last Friday, Ford said the fate of the court challenge would be decided after the federal election.

"We will sit down and consult with the attorney general … We will consult with the cabinet, and then we will move forward from there," he said later, when asked what he would do if federal Conservative Leader Andrew Scheer lost the election and party pro-carbon taxes – like Prime Minister Justin Trudeau – win.

Ford's response has increased the likelihood that his government can abandon the case.

The Office of Federal Finance Minister Bill Morneau, in response to the news of the appeal, said that like Conservative Leader Andrew Scheer, "Ford has no plans for the environment outside the sticker on the gas station and now is an expensive and unnecessary Supreme Court challenge.

"Not satisfied with the pain he caused to the Ontarians through deep cuts, now he is wasting his hard-earned money on lawsuits to prevent meaningful actions on the environment," wrote spokesman Pierre-Olivier Herbert.

"We have an economically plausible climate plan – putting a price on pollution while putting more money in the pockets of Ontarians. Doug Ford and Andrew Scheer's plans are not serious, but we know for sure that they will make the costs of the Ontarians more expensive." and do less for the environment. "

The Morneau Office said this was not a course that the Chadian citizens wanted to take, "but we will defend our plans because it is the right thing to do now and for our future."

If the Ford government cannot lead climate change, then they should at least move away.– Keith Stewart, Greenpeace Canada

Greenpeace Canada, which previously asked Ford to drop the case, said Wednesday it was wasting millions of taxpayers' money.

"If the Ford government cannot lead climate change, then they must at least move away," said the group's senior energy strategist, Keith Stewart.

"At a time when the Amazon and the Arctic are really burning, it doesn't make sense to waste millions of Ontario tax dollars trying to make the climate crisis worse."