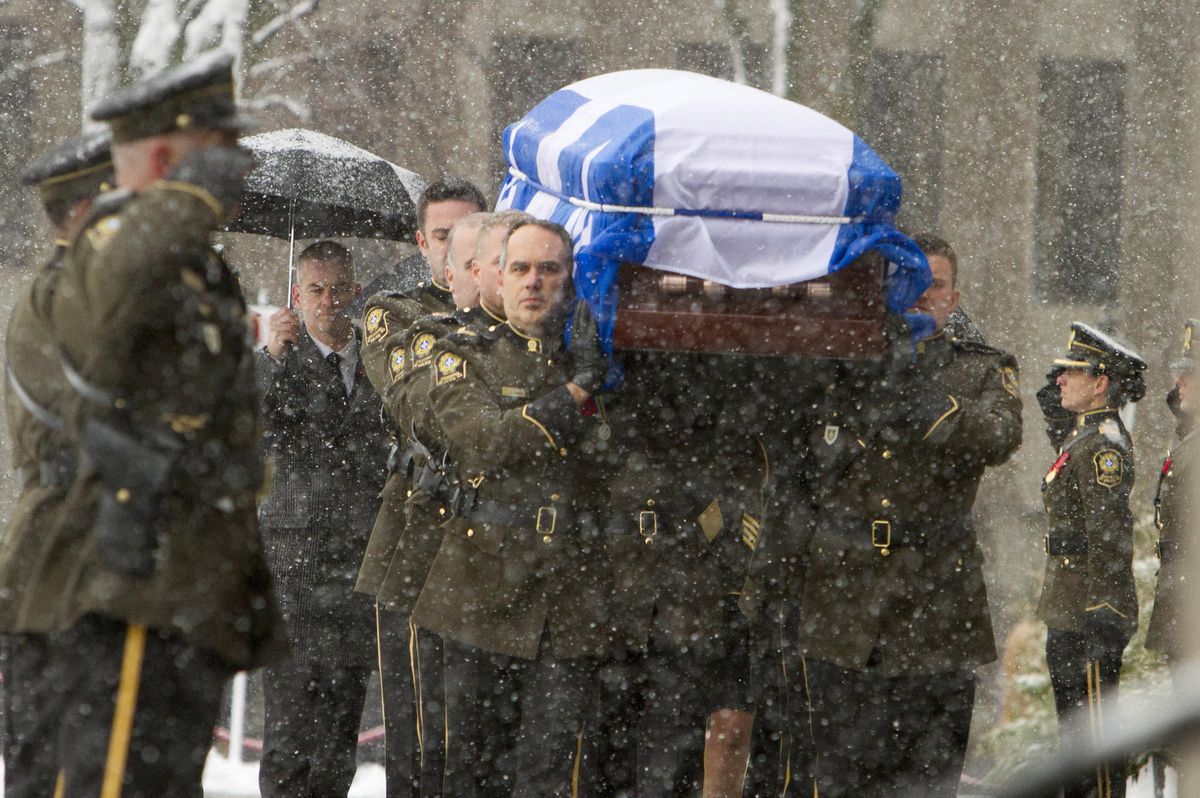 Mourners in Quebec City struck a snow storm on Saturday to pay homage to former prime minister Bernard Landry as his body was in a state legislative council.

At 1pm, around 400 residents and officials stopped by to express their condolences to the family of the former leader of the Quebec Party, who died Tuesday at the age of 81 from lung disease.

One by one, mourners shake hands with the Landry couple, Chantal Renaud, who is dressed in black.

Besides Renaud, Landry left three children from a previous marriage.

Princess Landry Pascale thanked the visitors, saying the wave of public affection that had followed her father's death had helped the family to grieve.

"This is very entertaining for us," he said.

Landry's coffin arrived early in the morning, wrapped in a blue-and-white Quebec flag and accompanied by a police procession.

Premier Francois Legault was among the first to pay homage with his wife, Isabelle Brais.

After that, Legault described Landry as "an obligatory man" who always put Quebec first.

"For him, it is always important to put the common good before partisan interests."

Landry was a leading figure in the Quebec sovereignty movement for half a century, and served as the provincial prime minister from 2001 to 2003.

Parti Quebec interim leader Pascal Berube said he hoped the death of politicians would be a call for all those who dream of independent Quebec.

"The best award we can give to him is to be loyal to his commitment, loyal to his youthful dreams for Quebec, and that we continue to bring," he said.

Another visit will take place Monday at Notre-Dame Basilica of Montreal, ahead of Tuesday's state funeral.