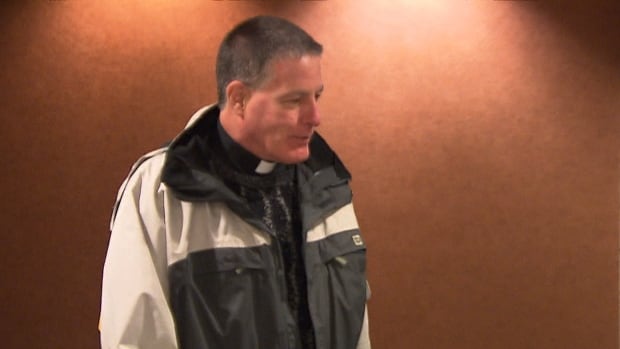 Brian Boucher, a Roman Catholic priest who has worked in 10 churches in Montreal over the past two decades, has pleaded guilty to one charge of sexual interference and one accusation of invitation to sexual touch.

This was the second sentence in two weeks for Boucher on sex-related charges.

On January 8, a judge found Boucher guilty of sexual harassment and attacked a former altar boy more than a decade ago, when he became a parish priest in a church in the City of Mount Royal.

In a brief appearance at the Montreal courthouse on Monday morning, Boucher admitted that he sexually harassed the second altar boy, this time when he was a junior priest at a parish in the LaSalle area in Montreal in the 1990s.

His trial before the judge himself will begin this morning.

Two other fees against Boucher were postponed.

The victim testified at the previous trial

The victim in the second case had testified as a witness in the previous trial. He was summoned by prosecutors as "a similar fact witness," to try to establish a pattern of behavior by Boucher.

Crown Prosecutor Annabelle Sheppard said that for the purposes of Monday's plea guilty, Mahkota and his defense agreed to accept witness testimony from the first trial as a fact.

"During the first trial, Brian Boucher denied the facts. Today, he finally acknowledged them by pleading guilty," Sheppard said.

"The victim was very happy, very relieved that he had to testify again in this case," Sheppard said.

"It was a great relief for him."

In the first trial, the victim – who is now in his 30s – said he began to recognize Boucher when he was a child on the altar of St. John Brébeuf Parish at LaSalle.

He testified that Boucher began to abuse him when he was 11 years old.

He said for a period of two years, Boucher would take him to the motel, watch pornography with him, touch his genitals and force him to give and receive oral sex.

He testified this happened almost every week for two years, until he was 13 years old.

He said after this incident, Boucher often said to him, "We shouldn't do that. We must confess."

The man testified that he still felt the effects of the abuse.

"These are small things that still affect me today. Even if someone I love puts their hands on my feet, it still affects me," he said.

He choked when he told the court about finally telling his mother what had happened.

"At my age, I told my mother. Seeing it was destroyed … it was devastating," he said.

"With this application, victims can continue the difficult healing process according to their own needs and out of the public spotlight," the statement said.

"This is a scandal that is a source of tremendous sadness. He is completely opposed to Jesus Christ and His Church," Archbishop Christian Lépine said in the statement.

"We agree with the victims, their families, their parish community in their pain and suffering," said Lépine. "Your pain is our pain."

"We will never accept that such crimes are committed and remain hidden."

The statement also said that any other victims who submitted allegations of harassment would be "received openly and listened carefully."

In a statement, the archdiocese explained that one of the victims of Boucher first approached the diocese in December 2015 and said the diocese was cooperating with each step of the next police investigation.

It said the archdiocese immediately removed Boucher from all service functions, including saying mass in public or listening to confessions, and initiating a disciplinary process called "canonical investigation."

The archdiocese said the investigation was suspended pending the outcome of the criminal court.

It is said that the process will now continue.

It was explained that some sanctions could be imposed on scholars who are considered guilty, including "dismissal from the ulama state (laisisasi)."

Penalty argument for Boucher for the case where he pleaded guilty Monday and for the previosu guilty verdict set for March 25.