Man dead after being found lying face down on Main Street 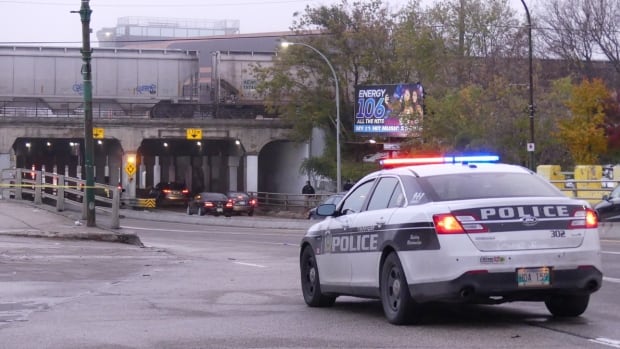 A man is dead and the police have blocked a stretch of Main Street in Winnipeg.

Police tape and evidence tags mark an investigation scene along the northbound lanes of Main Street from Higgins Avenue to Jarvis Avenue.

The closure is expected to be in place through much of the morning.

The police have not released any information about what they believe happened but are calling it a traffic-related incident.

Jason Everton said he passed by the scene around midnight, just before the police arrived. He was on a city bus when he saw a man face down on the street.

"There was a bunch of people on the sidewalk and the bus that I was pulled up behind another bus … on the corner. And I saw people attending someone," Everton said.

He thought maybe there had been a fight or something had happened on the other bus.

"But then I saw the body lying right behind the bus in a large pool of blood," Everton said. "There was no commotion, no screaming or anything like that, just two or three people attending to him on the road."

As he watched, police cruisers pulled up and officers jumped out.