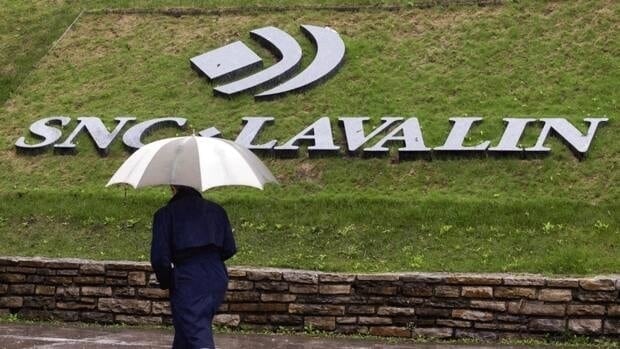 Canadians may never know the details of the complicated scheme designed by engineering giant SNC Lavalin to channel more than $ 117,000 to two federal political parties after one key player quietly pleaded guilty a few weeks ago.

Normand Morin, a 76-year-old former vice president of the company, took advantage of a routine court appearance in late November to plead guilty to two of the five charges that violated Canada's election finance regulations. The prosecutor dropped the remaining three charges.

Christiane Filteau, Morin's lawyer, said his age and the prospect of a long trial pushed his client's decision.

"After weighing everything, he decided to end the process and put it behind him."

However, he said Morin was also frustrated and felt that he had been made a scapegoat.

"He has a pretty strong frustration. He doesn't understand why he is and not others. According to the evidence, they associate certain roles with him, but he is clearly not someone who personally benefits from the possible benefits of that contribution.

The compliance agreement signed by SNC Lavalin in 2016 refers to a system involving "former certain senior executives" of the company. Employees are encouraged to donate to federal political parties, then be replaced by companies through "fake money returns for personal expenses or fictitious bonus payments."

Under federal election finance laws, companies are not permitted to contribute to parties or candidates. This scheme allows SNC Lavalin to avoid the law by giving political contributions indirectly through its employees.

Most of the money donated between 2004 and 2011 fell to the federal Liberal Party. According to the 2016 compliance agreement with SNC Lavalin, the Canadian Liberal Party received $ 83,534 while various Liberal motorists associations received $ 13,552.

The agreement does not explain which cleaning and leadership competitor received the donation. There are eight candidates in the leadership convention won by Stéphane Dion.

The agreement also did not reveal who might be involved in requesting or receiving contributions from the federal Liberal Party.

Again, no candidate, driver association or fundraiser is involved.

Disclosure is blocked by a guilty plea

Prosecutors, Sara Moussa and Marc Cigana said that such information would likely be part of the trial. But because Morin pleaded guilty before being tried, they said they could not reveal who was elected, the candidate or candidate leader who received a contribution from SNC Lavalin.

They also said that they could not discuss why Morin was the only person charged.

The Office of the Electoral Commissioner said that political parties had replaced the money they received as a result of the scheme to the Recipient General of Canada.

The commissioner's office said they agreed to a compliance agreement with SNC Lavalin because those responsible for the scheme were no longer with the company and the company cooperated in the investigation. The company also agreed to take steps to prevent future efforts to install a similar scheme.

This scheme is similar to that of the Charbonneau Quebec Commission notified SNC Lavalin operating at the provincial and municipal levels. The investigation was told that managers at the company donated more than $ 1 million between 1998 and 2010 – divided almost equally between the Quebec Liberal Party and the Québécois Party.

Morin's guilty plea wrapped up the Election Commissioner's investigation into the company.

Elizabeth Thompson can be contacted at [email protected]