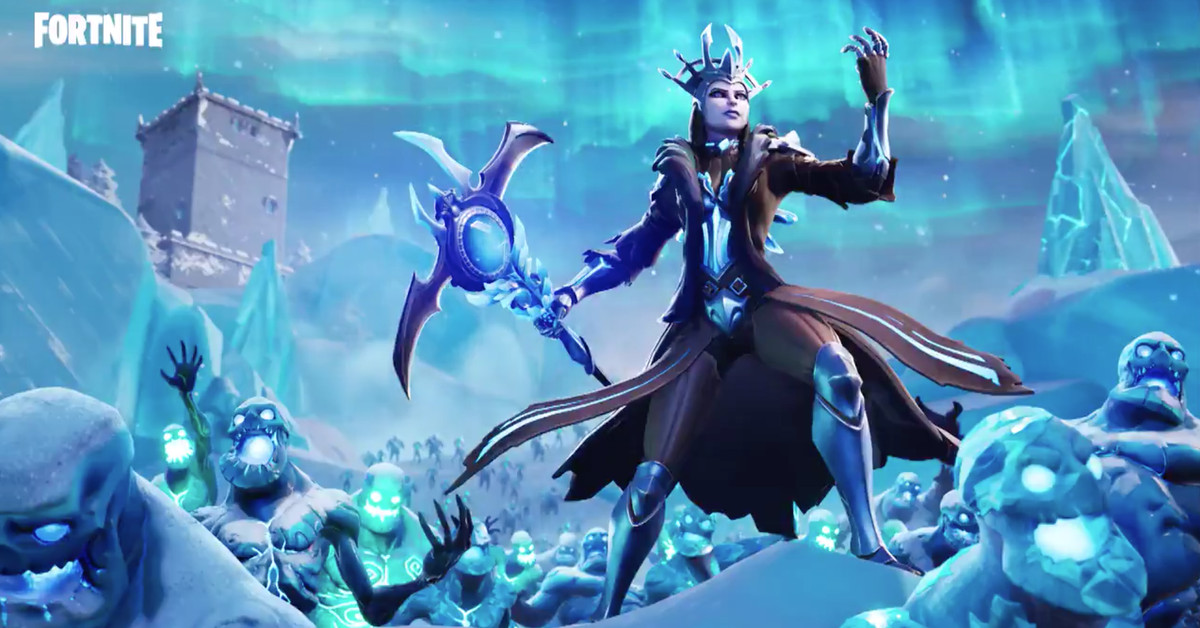 FortniteThe latest event, Ice Storm, has arrived. It began this afternoon when the frozen blue ball that floated high above the island broke, revealing the Ice King, which covered the map with a blizzard.

This is another view of kickoff, from the air.

The opening of all this comes with patch v7.20 at the beginning of the week, which places the ice ball above the Polar Peak. Now that it's open, the players have a new set of challenges to complete.

The Ice Devil seemed to be the army of the Ice Legion, and they appeared from glowing blue stones which were now scattered all over the map. Ten more challenges will be revealed in the following days. Complete everything and get Winter Glider Thorn.

Ice King is not the only secret revealed. Players also find a bunker under the iceberg (because it was destroyed) by Happy Hamlet, and several eggs in a prison under the castle at the Polar Peak. What all of that means, only time will tell.