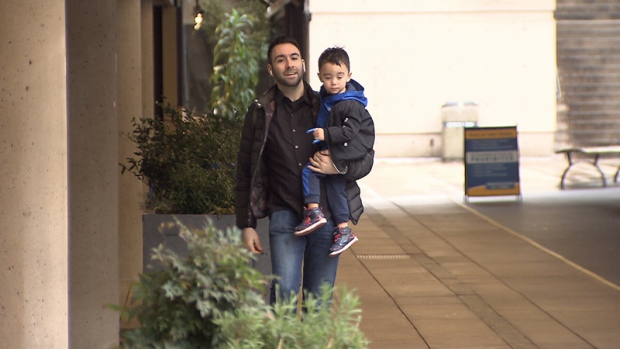 A New Westminster, B.C. his father and son were ordered out of their rented condo after neighbors complained that the toddler was making too much noise.

Matt Astifan's three-year-old son, Marcus, is the light of his life.

"He was very kind and he was very listening. I was amazed by how good he was," Matt told CTV News on Tuesday.

So the father was surprised when several neighbors in his rented New Westminster condo filed a formal complaint that Marcus was small too hard.

"He's not noisy. The challenge is that the building is a wood-framed building," Matt said.

"Sometimes you can hear Marcus walking around. He takes toys, chases cats, or drops the car. So, of course there is sound – I don't deny there is sound – but I do my best not to make it go down."

After three warnings, and a notice of the final eviction, Matt brings his case to the arbitrator of the Residential Housing Branch.

"He takes their side completely in everything," he said.

In a verdict issued Monday, the arbitrator said "the ongoing noise is from running, stepping and banging" and that "significantly disrupts or disturbs other residents."

The arbitrator found that the landlord "has made every reasonable effort to resolve the problem … and the only option left … is to end the lease period."

He believes that driving away the family because noisy children is a terrible precedent.

"You can't watch them to the point that there is no sound," he said.

Now he sees legal options and new apartments where neighbors don't mind the sound of small feet. Meanwhile, he plans to store his belongings and stay with his mother.