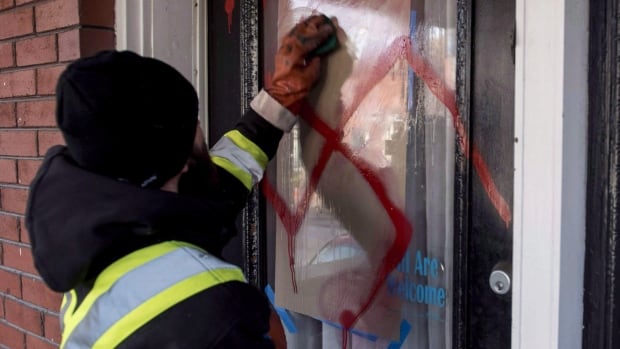 The number of hate crimes reported by the police reached an all-time high in 2017, largely driven by incidents targeting Muslims, Jews and black people, according to Statistics Canada data released Thursday.

The federal agency said hate crimes have continued to increase since 2014, but jumped around 47 percent in 2017, last year where data was collected. In total, Canadian police forces reported 2,073 hate crimes – the most since 2009, when data was available.

In the worst incident in the country, six Muslim men were shot to death and others were seriously injured during an attack in a Quebec City mosque in January 2017. This spring, 28-year-old Alexandre Bissonnette pleaded guilty, but said he was not Islamophobic and vice versa "carried away by fear and terrible form of despair. "

Quebec reported a 50 percent increase in the number of hate crimes in the month following mass shootings, mainly driven by incidents with Muslims as victims. 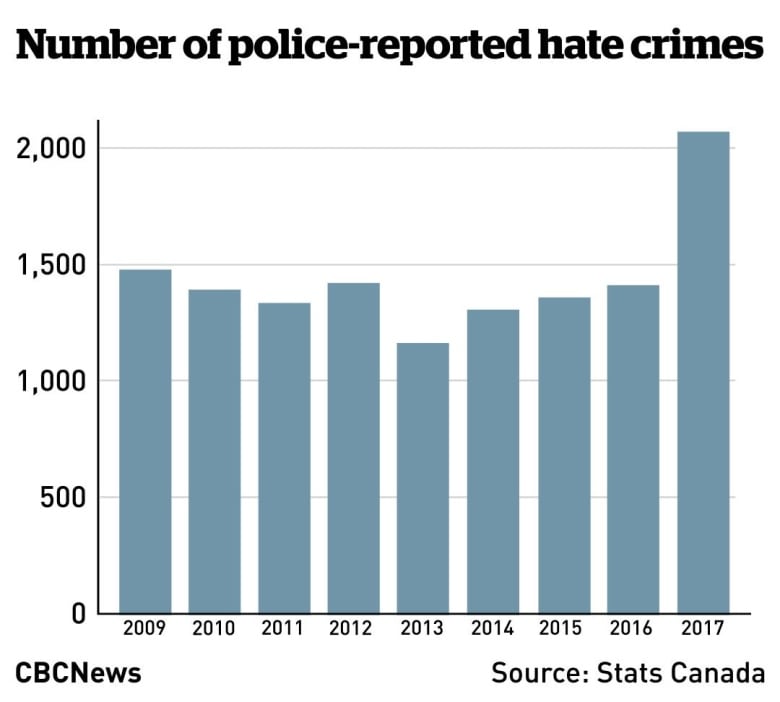 There are records made in 2017 for the number of hate crimes reported by police in Canada. (CBC)

The police also deal with increasing smaller incidents such as property crime related to hate.

The Toronto police hate crime unit said it investigated 186 incidents – mostly vandalism and graffiti – in 2017. Near Hamilton, the police reported an 18 percent increase in the amount of what the troops referred to as hate and bias incidents.

Alberta and British Columbia also reported an increase in the number of incidents.

"It's time for political leaders to truly speak out against hatred and intolerance and support a multicultural society where everyone feels safe to participate and contribute," he said in a press release.

Avi Benlolo, President and CEO of the Friends of the Simon Wiesenthal Center for Holocaust Studies, issued a statement saying while new statistics were not surprising, they were alarming.

"It's very disturbing to hear that hate crime continues to increase in Canada and that the Jewish community – a community integrated into Canadian mosaics – is still a victim," he said.

In Canada, black people remain the most common targets of racial or ethnic hate crimes. About 16 percent of all incidents involved black victims.

Two percent of the hate crimes reported by the police involved Indigenous people, according to the report, but it showed a large number of victims – perhaps as high as two in three – did not file reports with the authorities.

Hated crime accounts for 0.1 percent of more than 1.9 million non-traffic crimes reported by the Canadian police in 2017. The body defines hate crime as "a criminal incident which, after an investigation by the police, was found to have been motivated by hatred against identifiable groups. "